Hello, everyone! As I mentioned earlier, Peter and I spent a day and a half in Saint Louis, Missouri a few weeks ago. We had just 36 hours to spend there (had to get back and pick up the dogs), so we packed as much as possible into those hours. A picture and occasional word montage:

View on the drive south: 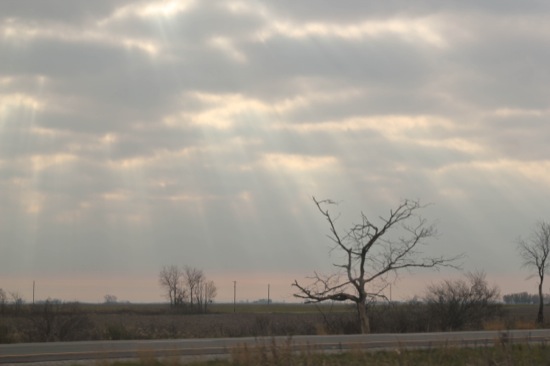 Peter designed our visit around the places we wanted to eat.  Our first stop was at Farmhaus, a restaurant “dedicated to supporting local farms, organic food production and sustainable agriculture” (from their website). 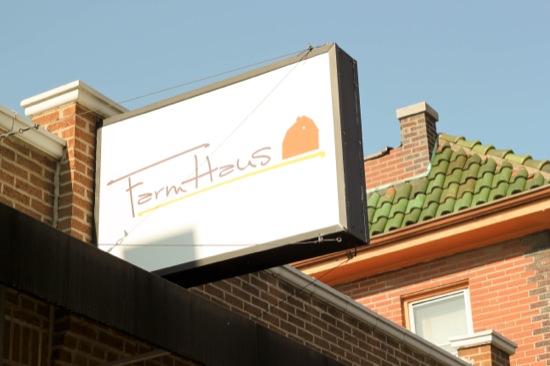 They have blue plate specials each day for lunch – that day, they served salad with caramelized onions, sausage over spiced rice, and iced tea. The entree flavor was just spicy enough and the portion size was perfect.

Afterward, we strolled through the Saint Louis Zoo, where a resting bear reminded me of a certain little Mad-dog:

The weather couldn’t have been better. 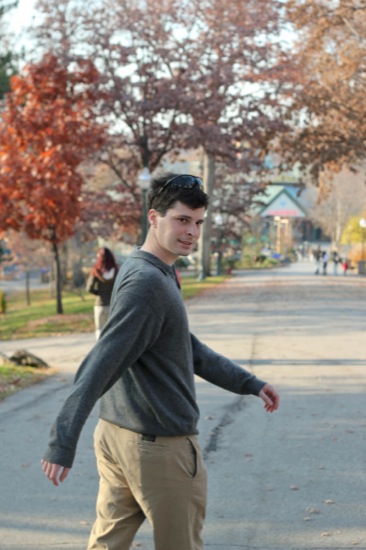 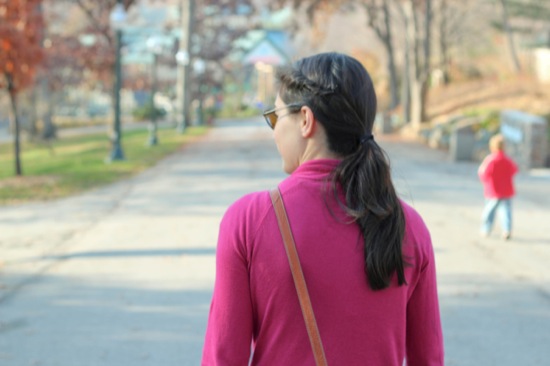 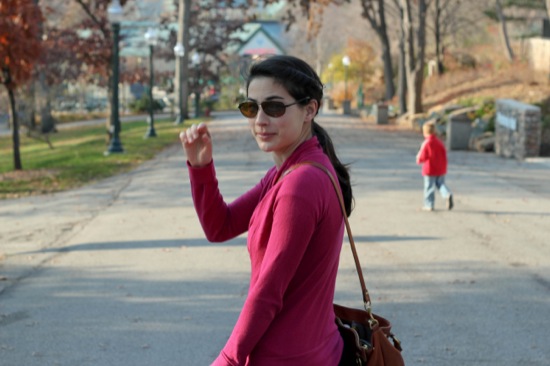 Afterward, we stopped by the Missouri Botanical Garden, which was lovely, even in late November. I’d love to return in spring/summer to see flowers in bloom.  As the afternoon wore on and the air became chilly, the warm Climatron conservatory was a comfortable place to hang out. 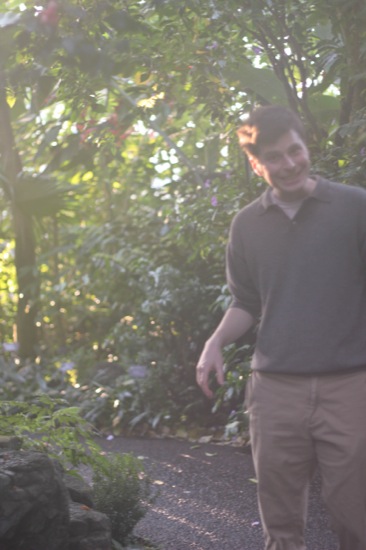 My camera lens fogged up immediately. Check out the difference after I wiped the lens with a soft cloth!

Pics from around the garden: 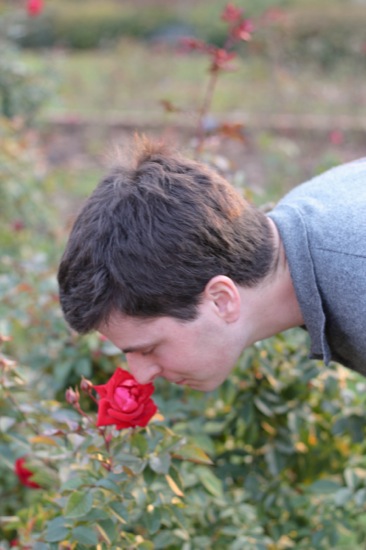 For dinner, we tried a restaurant that’s a bit fancier than we’re used to (okay, a LOT fancier): niche. 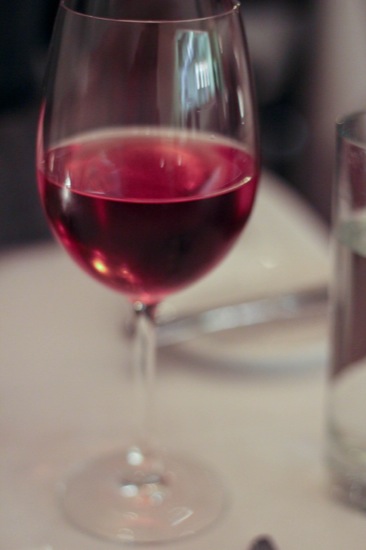 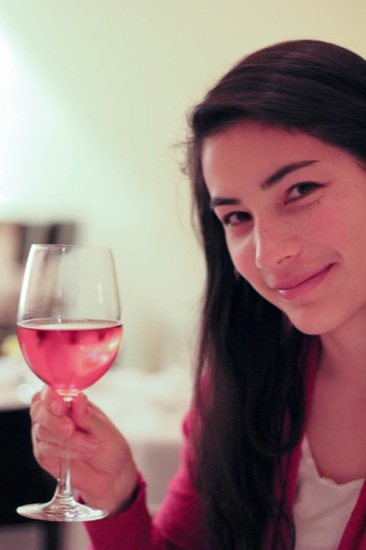 Check out their open kitchen design! 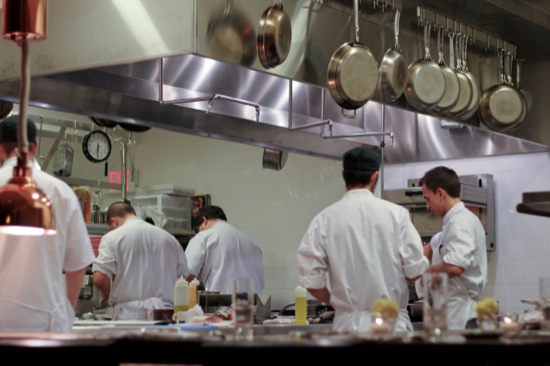 Peter had read exceptional reviews of this restaurant, and I have to agree with them: eating here is an experience.  The service was friendly and helpful, and the food was tasty.

Clockwise from upper left:  Chitterlings, amuse with caviar, a cream soup, sorbet to cleanse the palette, closeup of pork belly, pork belly entree, duck entree, prawn appetizer.  I apologize for the lame and non-specific descriptions. That’s what comes of waiting two weeks to post about this meal.

For dessert, we decided to try a frozen custard place that’s an institution around here: Ted Drewes. 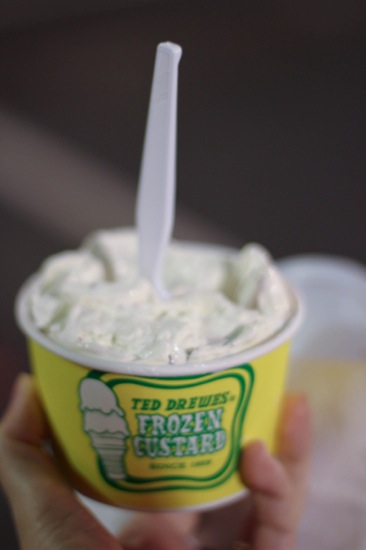 Peter ordered a pumpkin pie concrete, while I ordered something with chocolate (there’s that awesome memory again!). We both agreed that these frozen custard were better than Jarling’s – sorry to Jarling’s fans!

And thus ended our first day in Saint Louis.

Early the next day, we visited the Cathedral Basilica of Saint Louis, which was gorgeous on the inside.  As there was a service going on, I didn’t take pictures of the inside.  Below are a few pics of the outside, which I’ve just realized are not of the Basilica itself.  Nice, Jessie. 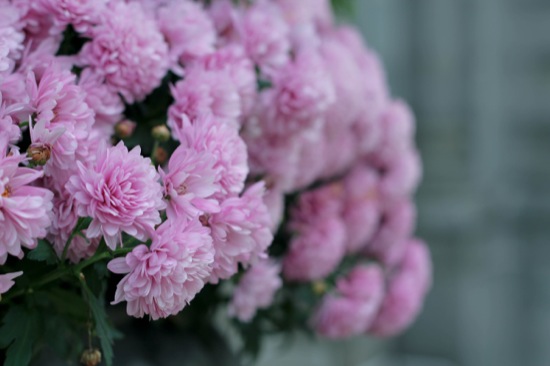 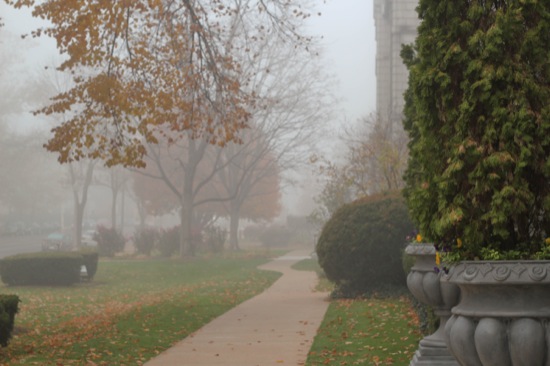 Our final touristy stop was at the City Museum, which several people had highly recommended to us. Truthfully, we were unprepared for the randomness that is the City Museum. Parts of it were like a giant playground, and while lots of kids were bouncing about all over the place (while their parents dashed frantically after them), neither Peter nor I got into it much.

What am I looking at? 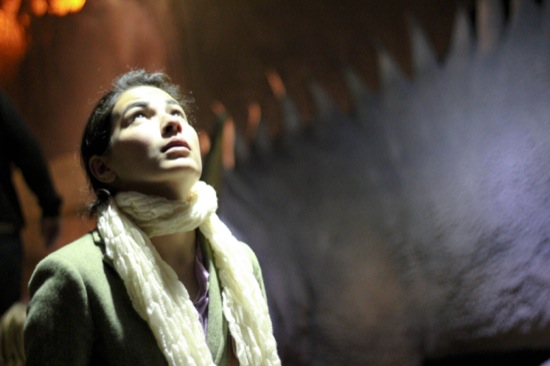 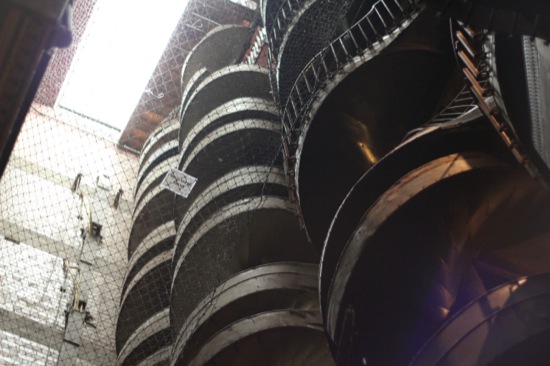 From left to right: One of the many playground-type surface to run on (I couldn’t stop myself from imagining little feet falling through and getting stuck), a giant whale, pretty awesome looking painted rails.

For lunch, we stopped at Bogart’s Smoke House. And yes, Peter chose all the places at which we ate during this trip. 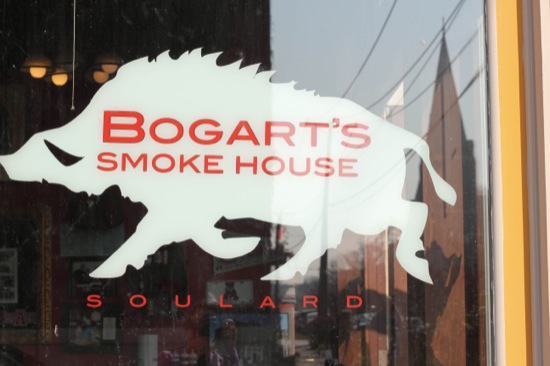 Overall, we thought our meals were pretty good, but not fantastic. I will say I’m rather biased because Peter makes an exceptional smoked brisket.  Also, I think I was a little tired of eating out at this point.

This sauce got a few giggles (for those of you who don’t know, my dog’s name is Madeline): 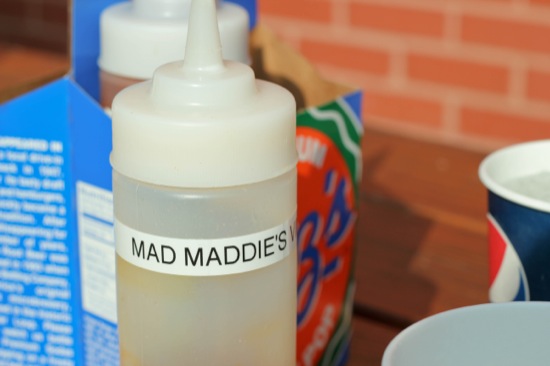 Before we began our 2.5 hour drive back to Chambana, we stopped by a Trader Joe’s (of course!), where I proceeded to fill my hands with tubs of their Greek yogurt. Since that’s all we were getting, I passed on both a basket and paper bags at checkout.  It wasn’t until later that Peter pointed out how suspicious it looked when I grabbed four yogurts and hurried out of the store, only pausing briefly at the cash register. 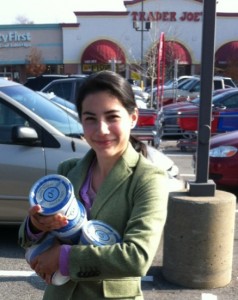 And there we are!  36 hours in Saint Louis, and we managed to cover all the basics.

Q: Have you ever been to Saint Louis?

When you visit a new place, where do you like to go? Museums? Restaurants? Grocery stores that are not accessible where you live?