I had a few requests to post pictures of the hand-knit sweater I referenced in this post. Behold: 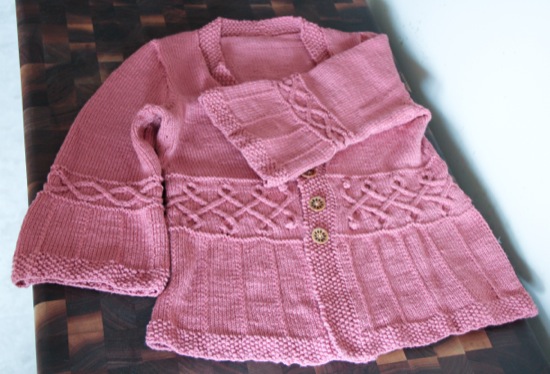 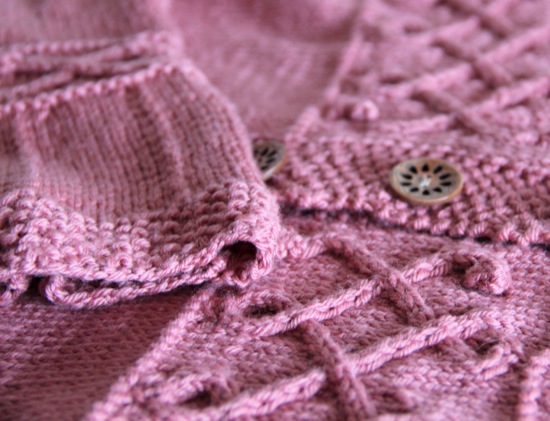 This sweater is definitely the most complicated project I’ve ever knit. For someone who had only knit scarves and hats prior to this project (plus one vest which will probably never see the light of day), starting this sweater was a leap of faith. Who says the Tao of Knitting isn’t universal?

I wanted to show you what the sweater looks like on a person, and while Peter does look good in pink, I decided to spare him and wear it myself. Of course, this means that Peter was the photographer, and we all know what that means.

I call this series of getting-ready-to-be-photographed pictures: Expressions in Pink. 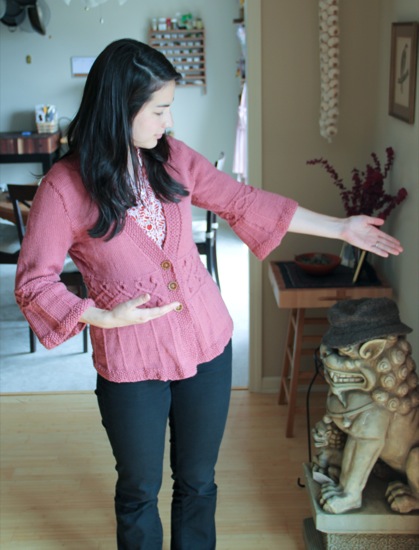 “Do allow me to introduce Mahler, our resident Fu Dog in the jaunty tweed hat. Would you care to give him a pat? His teeth are only as sharp as butter knives, I swear.” 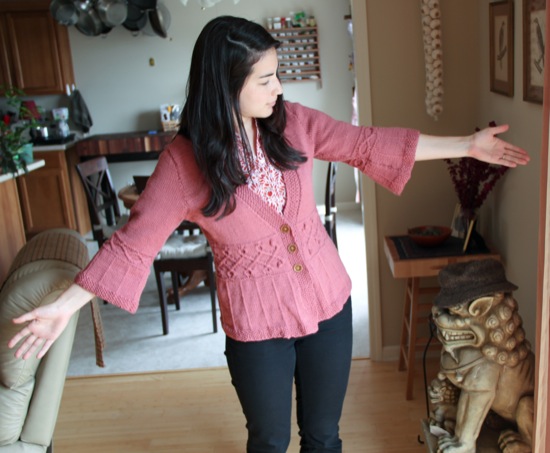 “This is a move we dietitians call: The Hungry Pterodactyl.” 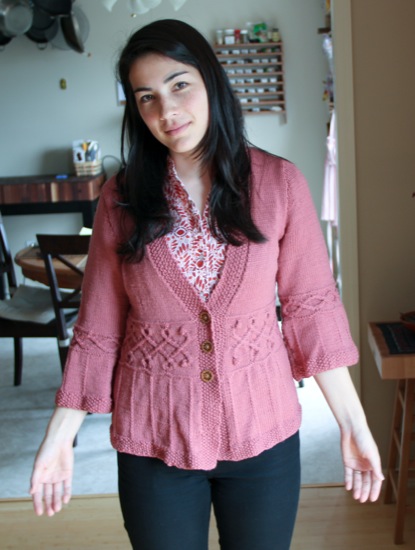 “I am attempting to recreate a biology textbook human body diagram, only without my internal organs showing. Also, you are fired, photographer.”

Anyhow, I finished this sweater in time for temperatures to hit the 90s later this week (cue Third Eye Blind and Counting Crows). Well done, Jessie.

Fortunately, I do have something a little more season-appropriate to give you. 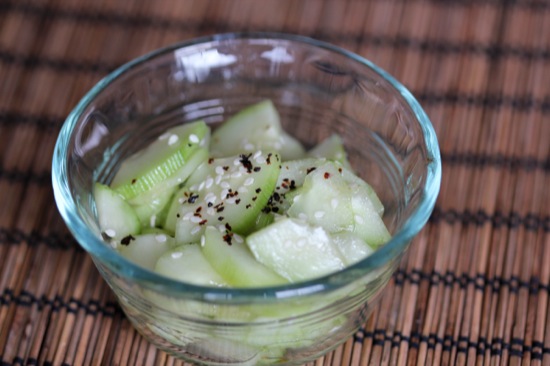 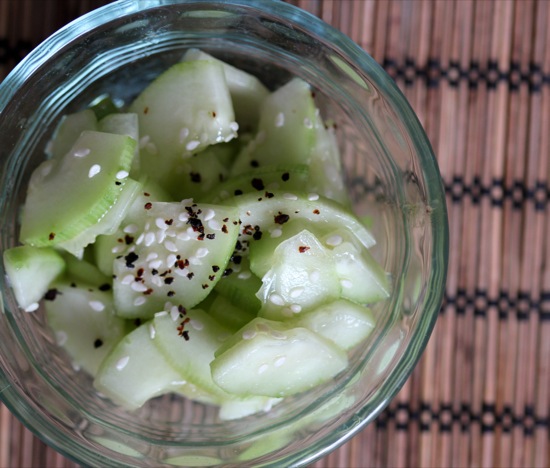 This salad is so simple, I don’t know why I make it once in a planetary alignment. One day, when we have garden space galore, I’d like to try making this salad with home-grown cucumbers. 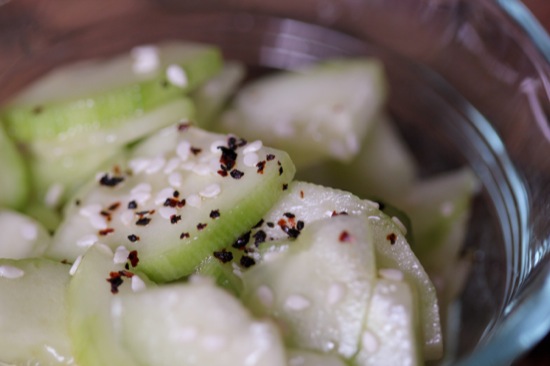 Mix together remaining ingredients and toss with cucumber slices. Allow to sit for 10 minutes, then serve with sesame seeds as garnish.

Bonus pic! As usual, I served this cool cucumber salad during my open hours at Strawberry Fields. 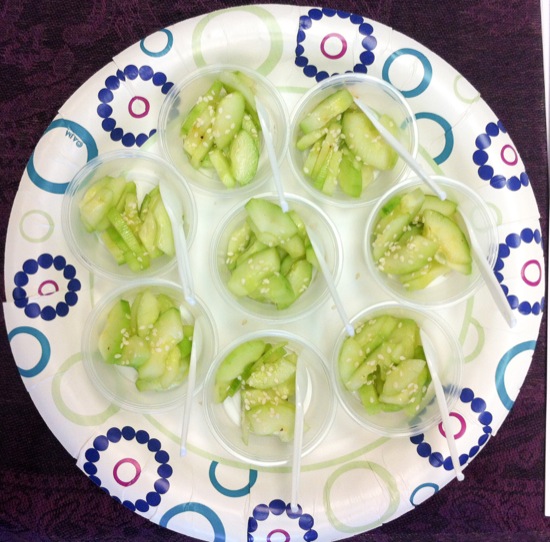 I’ll even show off its awesomeness to you. 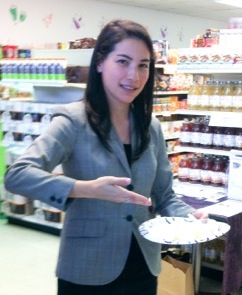 Because what’s cooler than a creepy half-smile and an awkward arm flare?

P.S. I have a post going up next Wednesday, but otherwise I won’t be posting for the next week and a half due to travel (and not preparing additional posts in time, of course). See you next week!