A sampling of events and eats from over the weekend:

On Saturday, Peter and I went to Curtis Orchard, which is something like the number 1 or 2 thing to do around here. Sadly, due to early frost and drought, the orchard is low on produce this year, so there was no pick-your-own option. That means we can’t replicate the pick-your-own adventures we had here and here. We decided to check it out anyway and see if we could snag a bag or two of apples.

All I have to say is: I can see why Curtis Orchard is one of the top things to do around here. It’s like an amusement park! Music, a play area for kids, autumn decorations galore, and old-timey country store …

I enjoyed poking around and seeing how fast I could find the apple cider doughnuts. There was someone in my party, however, who felt differently:

This is his “I am not impressed” face.

Having grown up on the East Coast where you can find little orchards and farms every ten feet, Peter was unimpressed with the large scale, amusement park feel of Curtis Orchard. Other people obviously think differently, as the place was PACKED with visitors. I can see how this would be a great outing for families.

Due to the apple shortage (I’m assuming), the apples were a little too expensive for us to buy. I even left without my favorite orchard treat, the apple cider doughnut; instead, I had visions of making my own.

We also went to Sam’s Club to try mattresses (yes, you read that right). Ours is getting pretty old and cranky, so we’re hoping to preemptively get another before our old one creaks its last and collapses in the middle of the night. 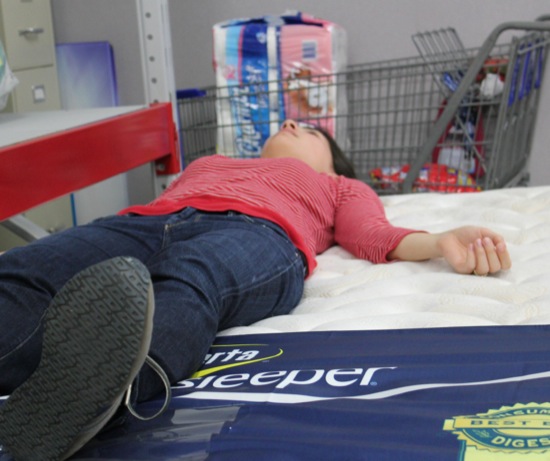 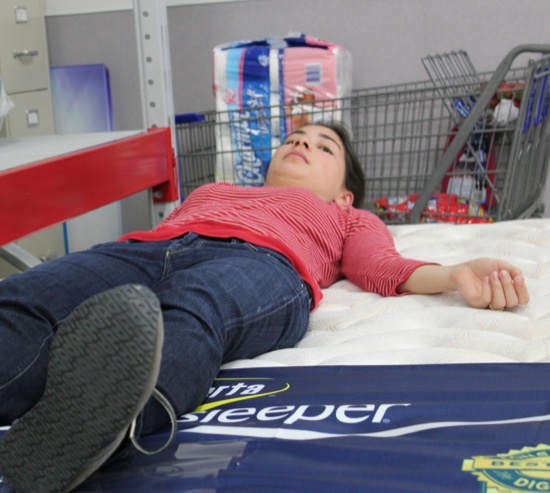 You think I’d be weirded out by lying on a mattress in the middle of a busy store, but surprisingly it didn’t bother me at all.

We’re looking for a medium firmness mattress to which we can add our own mattress pad. Any tips for how to pick a mattress?

Peter and I have been pretty wiped out since we had colds (Peter maintains he got it from me, an accusation I vehemently deny), so we crashed early on Saturday. I greeted Sunday with a dose of vitamin C: 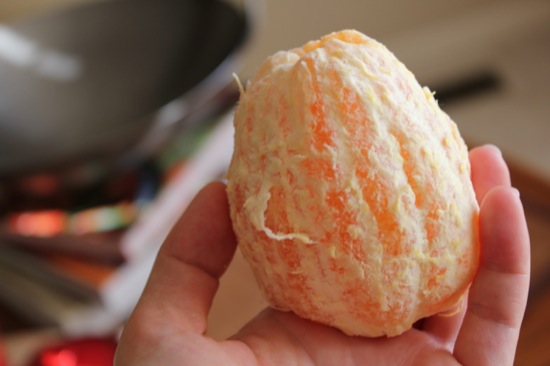 I know a lot of people don’t like the white part of oranges, but I love it! Slightly bitter and fiberrific: 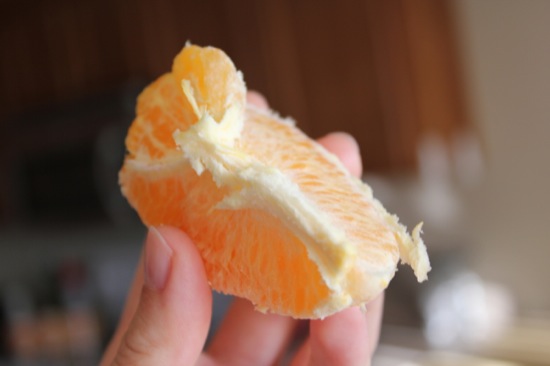 We decided to make pancakes for breakfast. I planned to share the recipe with you, but after it turned out so-so (way too flat and tough), I think I’ll wait until the recipe is perfected. So commences the search for: The Perfect Pancake!

Peter did the cleanup because I’ve joined a choir in the area and we performed at service this morning. I was a bit nasally from stuffiness, but luckily the other singers are so good they covered my Martian voice.

When I got back, Maddie and Bonnie were waiting for pats: 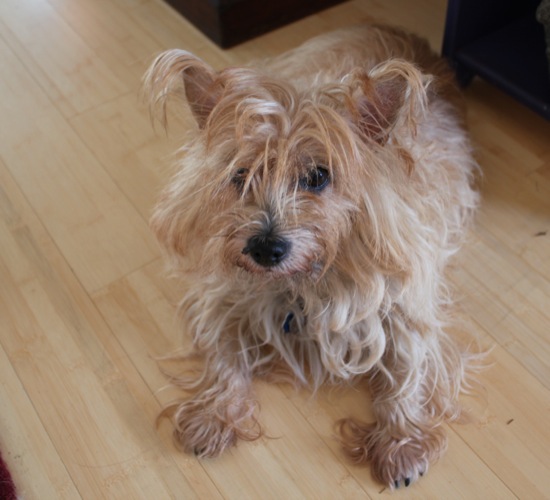 Yes, Bonnie is basically all hair. 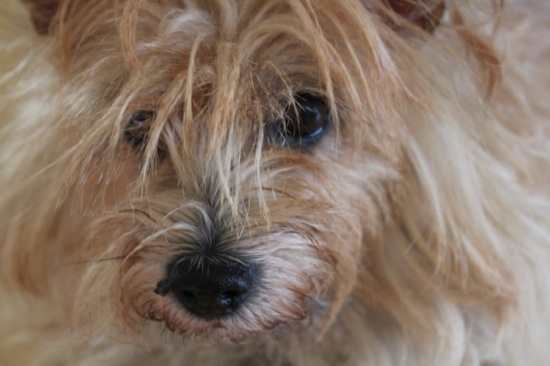 Maddie knows one trick: how to high-five. Watch her in action: 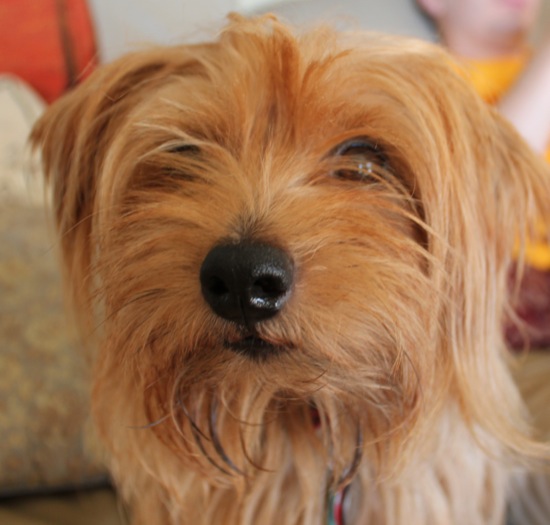 How was your weekend?

Quote of the week: “You are worth something that tastes good.” Hear, hear, Monet! 🙂