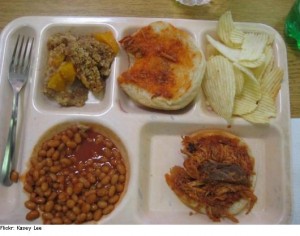 Of course not! Instead, I’m craving this little gem right here: 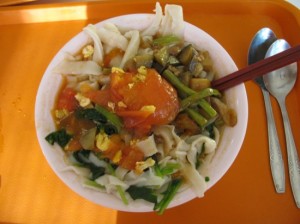 With the exception of the cafeteria’s seaweed salad, this noodle dish was the only cafeteria food that I LOVED while I was in China (I eventually had to discontinue consumption of the seaweed salad, as it gave me a rumbly in my tumbly – and not because I was hungry). I often tried to stand close to the cook so that I could watch his deft hands grab the huge chunk of stiff dough and, with a knife at least twice as long as would be allowed in a U.S. cafeteria, shaving long noodles into a huge vat of boiling water below. No guards for his hands nor protection again splatters of boiling water. A dangerous meal, indeed. I wish I had taken a picture or video for you guys, but …

So! Since I arrived home a few weeks ago, I’ve been determined to make this shaved noodle dish. First, a stop at A Dong for some essential supplies. 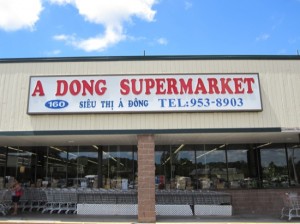 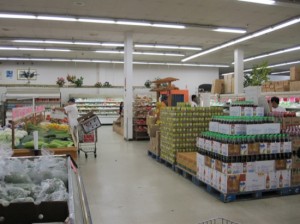 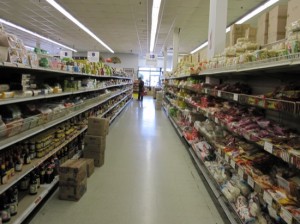 Including these funky items that took me forever to find: 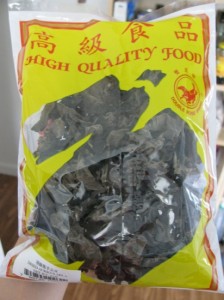 That would be dried black fungus, a delicious addition to many Chinese dishes. What? You don’t believe me? When have I ever steered you wrong? Okay, there was the Cookie Disaster of Feb 2010, but I was a younger person then! Besides, look what happens when you put the dried black fungus in water: 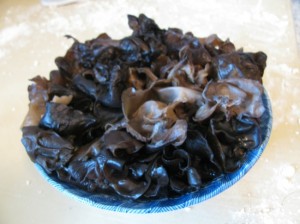 Let’s back up to the part where I make the noodle dough. I used this recipe, skipping the step where I toss the noodles in peanut oil. Who needs oil when I have delectable toppings?

At first I was confused when the directions said to mix the flour and water until the dough is “shaggy”. 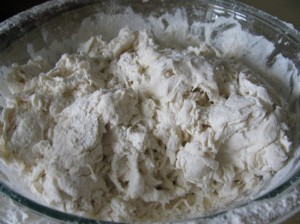 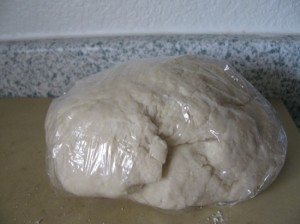 And then, the attempted noodle-shaving. I won’t sport with your patience by posting pictures of my pathetic attempts to whip a knife through that dough. Suffice to say that it didn’t work (the chunks of dough I splatted all over the kitchen agree with me). I also didn’t take any pictures. Instead, I commenced rolling and cutting. 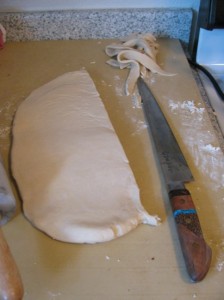 While the noodles boiled, I prepared the toppings. In Beijing, I always chose two toppings: scrambled eggs and tomato (a very common dish in Beijing) and some sort of pungent dark sauce with black fungus and mushrooms. I didn’t know what the dark sauce was … until today. Behold, soybean paste: 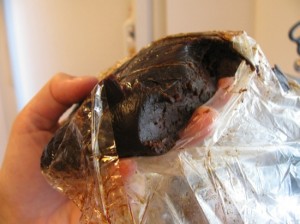 On a whim, I bought this paste at A Dong. Mixed with a little water, this sauce was a dead ringer for the sauce I had in Beijing. Go me.

Noodles together with the two toppings: 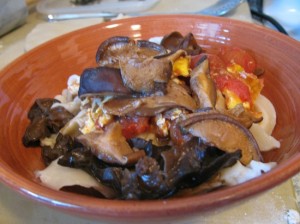 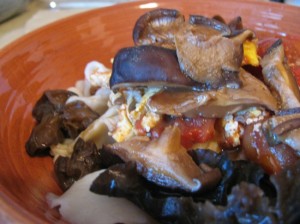 These noodles were delicious! With some Urfa red pepper flakes sprinkled on top, this dish brought me back to the hot, loud, and pungent atmosphere that was the University’s cafeteria. The noodles were perfectly chewy.

I also discovered a slightly sweetened jasmine tea that I chugged by the bottleful in China, right here in A Dong! Oh A Dong, how I adore thee! 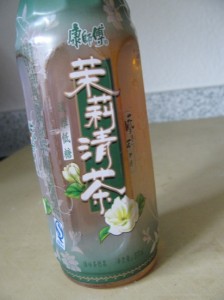 I wanted to turn this bottled tea into bubble tea, so I bought dry tapioca balls from A Dong, but when I tried to rehydrate the bubbles … 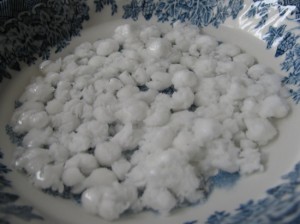 Oh, well. Tea with milk, then! 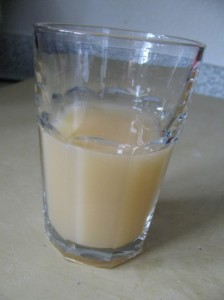 Finally, after LeQuan showed off some figgy art, I knew I had to jump on THAT wagon. 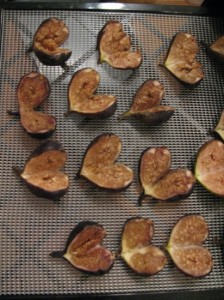 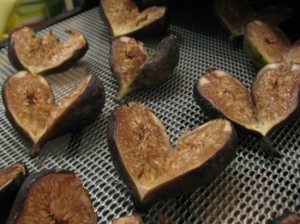 … aaaand, that is the limited extent of my creativity 😀

Q: Have you ever tried to recreate a dish you ate in a restaurant or cafeteria? How did it turn out?