Reader, yesterday I became a Judge. 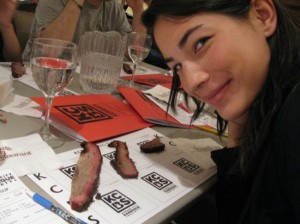 That’s right! Yesterday, I became a Certified BBQ Judge, as well as a proud member of the Kansas City BBQ Society, with all the rights, privileges, and responsibilities. Note: I do not live in Kansas, nor do I particularly like meat. So, how does a veggie-loving girl end up in a Certified BBQ Judge class? 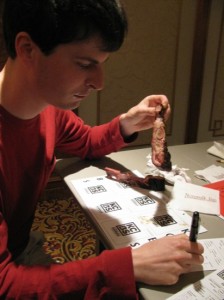 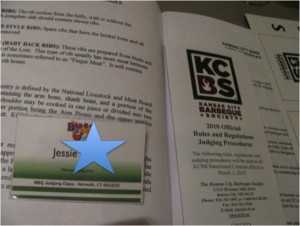 The BBQ Judge class was held at the BBQ Pit in Norwalk, CT. There, we learned the stringent rules behind being a competent BBQ Judge, including how the meat may be presented, grounds for disqualification (which includes using red leaf lettuce or “pools of sauce” as garnish), and why it is forbidden to talk while judging or to even utter grunts of appreciation. This is serious stuff, folks.

Peter and his brother Dave studying up on the rules of being dee Judginatorrrrrrr: 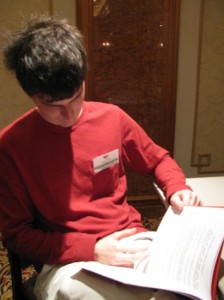 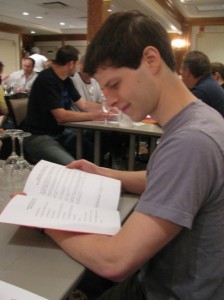 Some of the Judging rules in the official manual are as follows:

“Any whole numbers 9 (Excellent) through 2 (Inedible) may be used as many times as Warranted during judging.”

“Maintain neutral body language. No facial expression of rapture or disgust. If you need to remove the sample from your mouth, do so inconspicuously into a napkin.”

“If you do not eat chicken skin, at least taste it, then discreetly discard. Continue to judge the chicken.”

Now that we’ve gotten some rules out of the way, let’s look at the food! BBQ competitions are built around the four pillars of meat: chicken, pork ribs, pork shoulder/butt, and beef brisket. Each meat is judged in separate judging rounds. I won’t go into specifics, but basically each competitor’s meat is numbered and judged according to three categories: appearance, taste, and tenderness. Winners can take home significant cash prizes, so it’s worth a competitor’s time to make his or her meat pretty, tasty, and tender but firm (much like a certain blogger). 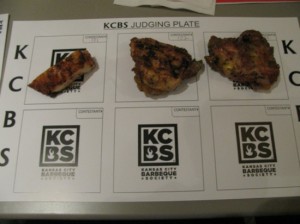 The chicken is resting on a type of laminated paper with squares marking off samples from the different competitors. Appearance is judged first, then taste and tenderness. Violations of competition rules result in a score of 1 (disqualification).

Saltines to cleanse the palate between tastes: 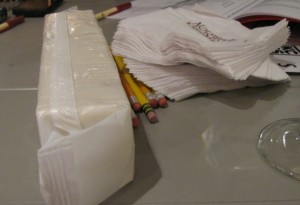 Let’s run through the rest of the meat quickly. 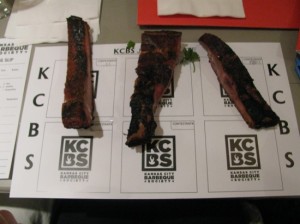 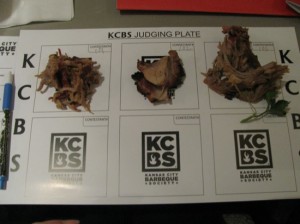 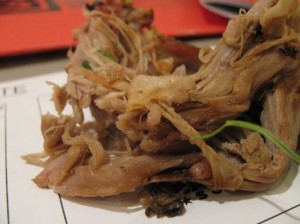 (No picture! Oops. Imagine large slabs of meat. Or just look at the second picture in this post.) 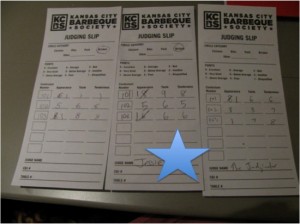 (For the record, I am not The Judginator. That was Dave.)

Taking the oath of Yee Judgeship: 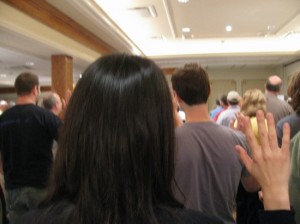 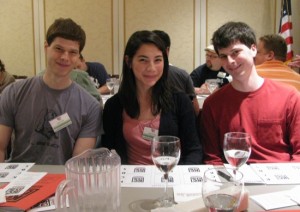 (Don’t Peter and Dave look so much alike??)

I’ve NEVER eaten so much meat at once before. All that protein just sat in my stomach all afternoon and spoiled any desire for dinner – so oatmeal it was! 😀

As a final parting, I leave you with the Kansas City BBQ Society Official Oath for Judge Certification:

I do solemnly swear
to objectively and subjectively evaluate
each Barbeque meat
that is presented
to my eyes, my nose, my hands and my palate.
I accept my duty
to be an Official KCBS Certified Judge,
so that truth,
justice,
excellence in Barbeque
and the American Way of Life
may be strengthened and preserved
forever.

Q: What would be your fantasy competition to judge? Peanut butters? Veggies? Meats? I think you can guess mine: 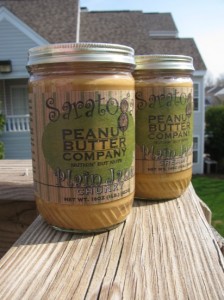 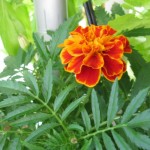 Gallery image with caption: Where in the World Is … ?

Gallery image with caption: Funky Grains Are in Da House

I see visions of strawberry shortcake in my future