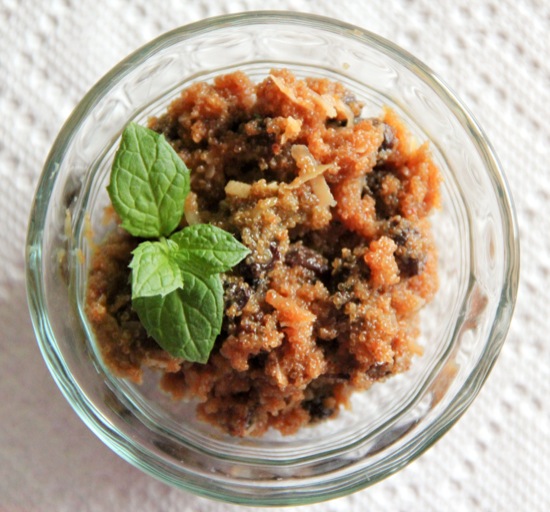 One thing I love about The Recipe Redux‘s contests and monthly challenges is that they push me to be more adventurous with food. I’m the first to admit I’m still a shrinking flower-of-sorts when it comes to culinary adventures (despite what this post says). Still, I’m working on it, bit by chewy bit.

What better way to practice than with the latest Recipe Redux contest “Get Culinary With Coconut Water”, sponsored by Vita Coco? Not only does this contest encourage the use of coconut water as a recipe ingredient, it helps spread the word about nutrient-packed coconut water. 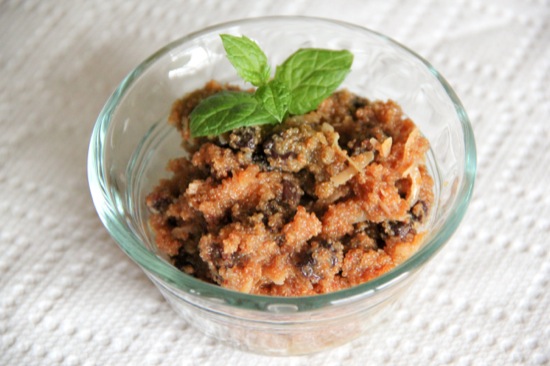 What’s so good about pure coconut water? Well, for starters, one 8 oz. serving has more potassium than a serving of banana and plenty of electrolytes, magnesium and calcium – all for only 45 calories. Not bad for a tasty beverage – or recipe ingredient!

As for stretching my culinary boundaries … well, let’s just say it took me a couple of tries to get it right. But the results are worthy of the effort. The recipe below is a twist on traditional rice pudding. Instead of rice, I used protein- and iron-packed amaranth for a smoother texture (and because I had plenty of it around. But that’s beside the point.) The optional matcha green tea powder adds another layer of flavor that is oh-so-unique; you can add cinnamon instead if you prefer a more traditional pudding. Serve warm on its own or with a scoop of coconut sorbet.

Stir together amaranth, coconut water, milk, shredded coconut and raisins in a medium saucepan. Bring to a near-boil, then reduce heat, cover, and simmer for about 20 minutes, or until grains have absorbed liquid.

Add up to 1/2 cup additional milk (enough to give a porridge consistency) and maple syrup and simmer for five minutes or until heated through. Add matcha green tea powder or cinnamon and set aside for at least 10 minutes to allow excess liquid to be absorbed.

Cook’s note: Matcha green tea powder has a strong flavor. Sample first with half the amount recommended to ensure taste is not too strong. If preferred, add 1 teaspoon of ground cinnamon instead for a more traditional pudding.

Q: Have you ever cooked or baked with coconut water?

By posting this recipe I am entering a recipe contest sponsored by Vita Coco and am eligible to win prizes associated with the contest. I was not compensated for my time.