This post is a continuation of the Monday Munchies series, where I show everything I eat over the course of single day – in this case, last Saturday.

My eating schedule on this day was quite unusual. Peter returned from a conference last Friday around midnight, and I attempted to stay up until then (I only made it until 11 pm or so, but that’s neither here nor there). In any case, we both woke late on Saturday, which threw off our meals for the rest of the day. I prefer a consistent schedule, and so does my stomach – with such a strange sleeping and eating schedule, I did not feel my best the entire weekend.  I’m still recovering now, in fact. Just something to think about when you’re tempted to stay up late and make up sleep later. 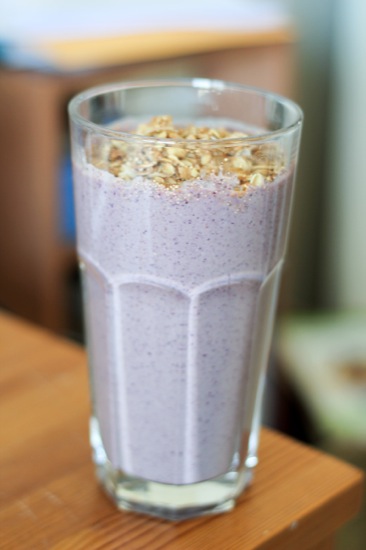 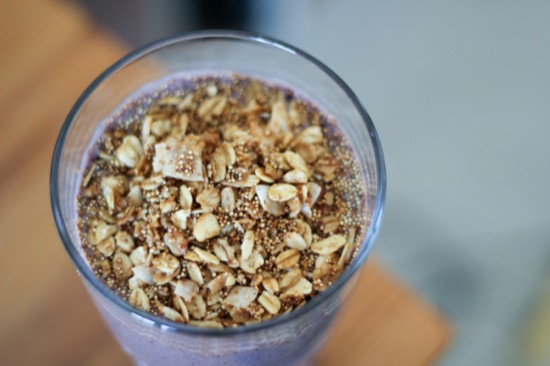 The most recent recipe/sample I offered during my open hours at Strawberry Fields was this nutrient-packed oatmeal bar: 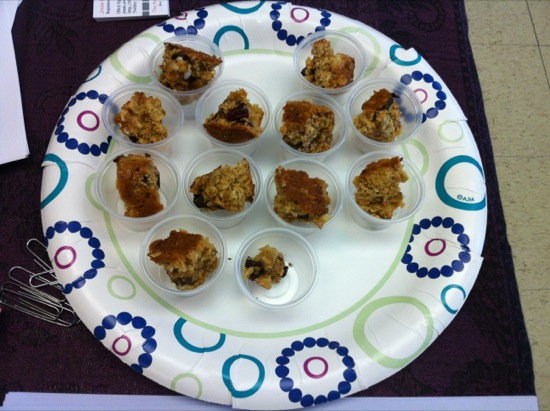 I snacked on a few leftover mini-squares: 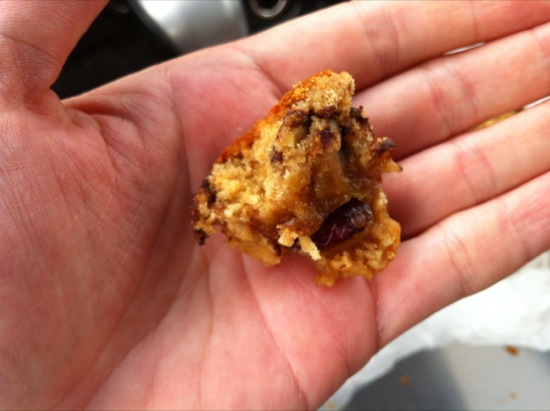 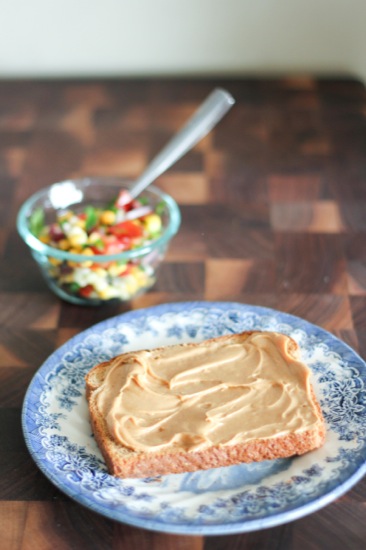 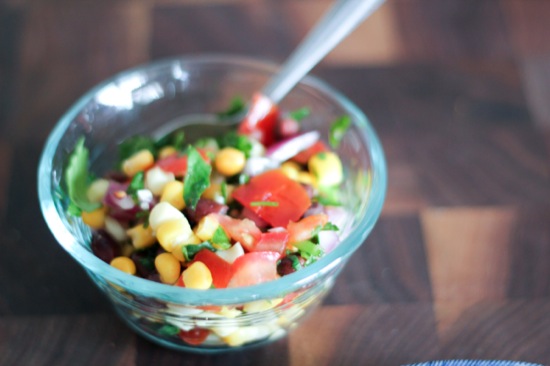 With the schedule being so wacky, I didn’t end up eating lunch until 2 pm. I knew we were having guests over at 5:30, so I ate a small lunch of whole grain toast with peanut butter and a cup of Superbowl Salsa I had made earlier for a dinner appetizer.

Like the vegan dinner party before it, this dinner party needed some dietary adjustments; in particular, we had a guest with a large number and variety of food allergies and intolerances, the most common of which were cow’s milk and gluten.  A less usual intolerance was to cane sugar, which cramped Peter’s style – but not mine! Finally, there were several other foods to avoid, such as blueberries and some fish.

RD to the rescue!

First, some beautiful flowers from one of our guests: 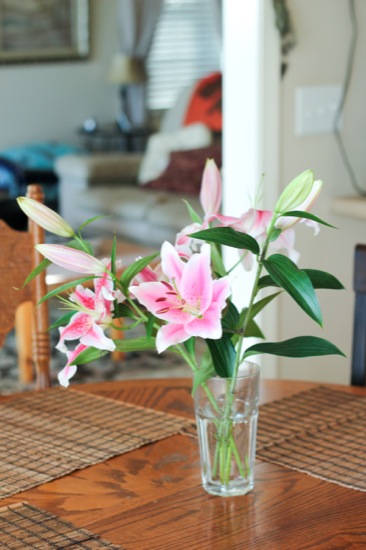 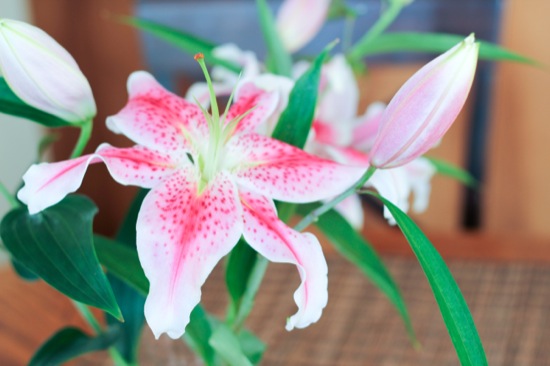 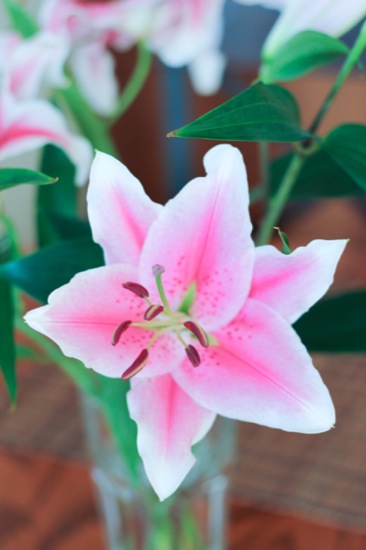 We set out some gluten-free chips (Lundberg Rice Chips), Superbowl Salsa, and hummus. 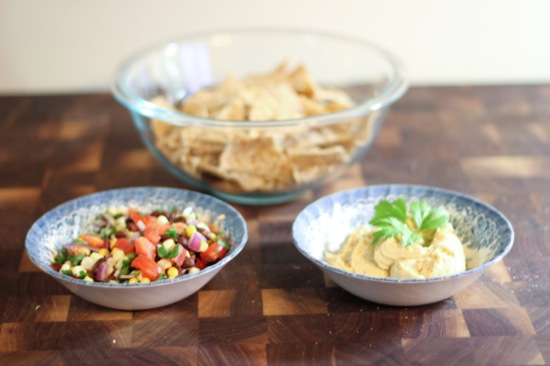 We quickly dove into these ribs. Peter usually applies a dry rub with sugar to his ribs before smoking them, but in this case he made three batches: a regular batch without foil, a regular batch with apple juice and foil, and a batch with a no-sugar rub. He also made two kinds of BBQ sauce: a regular sauce with lots of sugar (nice, Peter), and a mustard one that tasted even better (sorry, Peter). 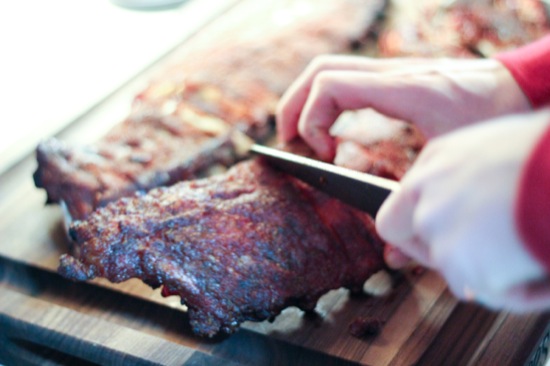 They were ALL delicious.

I whipped up some gluten-free, dairy-free cornbread, which got thumbs-up all around, and one of the guests brought a delicious coleslaw (unpictured). Cornbread recipe coming up later this week! 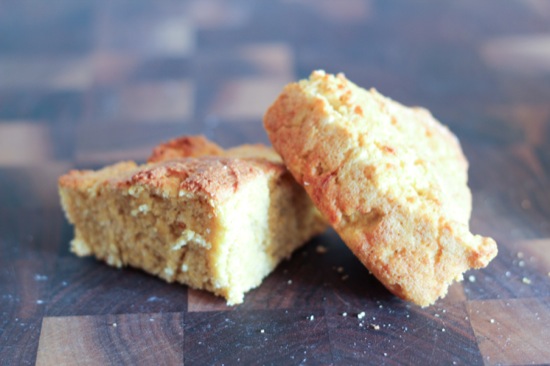 Finally, I made these sugar-free, dairy-free, gluten-free pumpkin custards that turned out even better than I expected.  Recipe also coming up later this week! 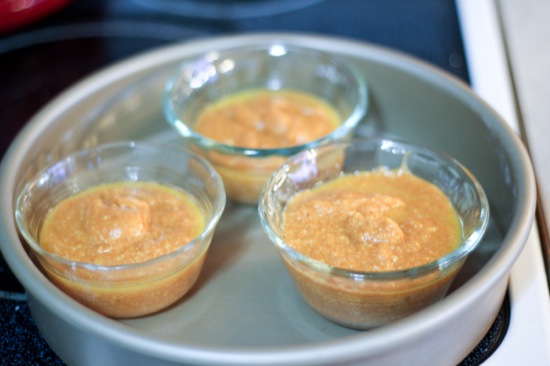 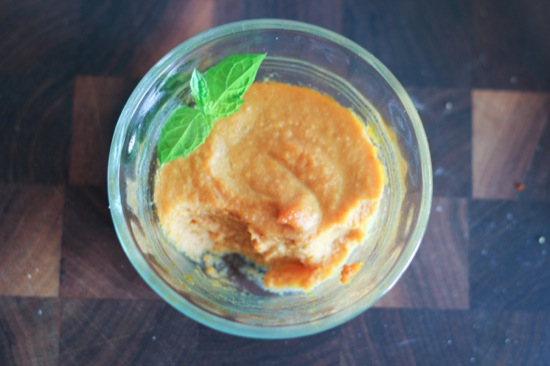 Overall, the dinner was delicious!  I didn’t miss a single thing, and even Peter grudgingly acknowledged the dinner’s tastiness (and my massive skillz, but I won’t mention that because, as we all know, I am rather humble). What kind of dinner party will be next? The Raw Dinner Party? The Foraging Dinner Party? Bring it on!

Have a great week, dear reader!

Q: How was your weekend?