This post is a continuation of the Monday Munchies series where I show everything I eat over the course of single day. These eats took place last Saturday (two days ago), when I remembered I had planned to do an MM without actually taking pictures for it. 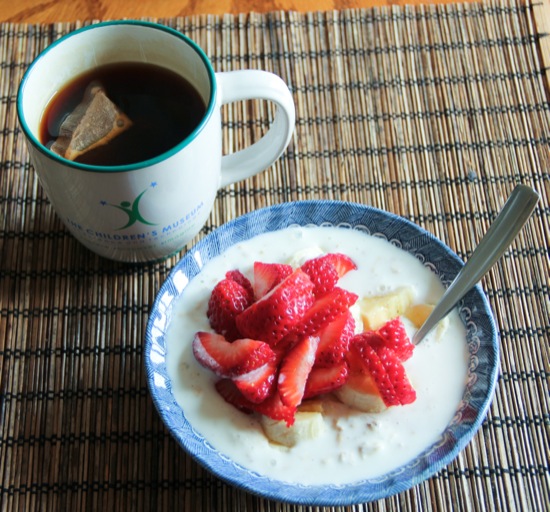 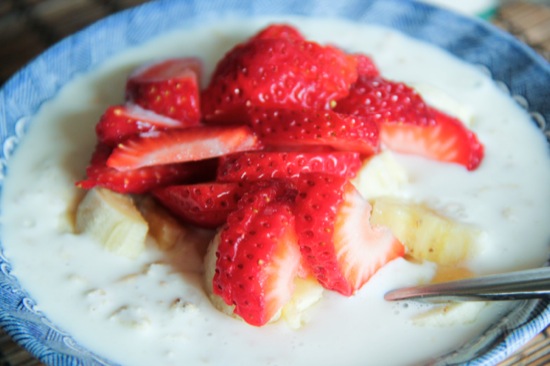 After breakfast, we stopped by a plant sale at the University of Illinois’ greenhouses (the same we visited on this day), where we stocked up on enough $1 herbs to make me weep when I think of our spindly seedlings. Our herbs and tomatoes are all heirloom varieties, though, so we’re going to keep trying. I also bought my first ever orchid. I haven’t decided on a name yet. I’m wavering between:

* Orchid (in homage to the goldfish I had in college, named Fish) 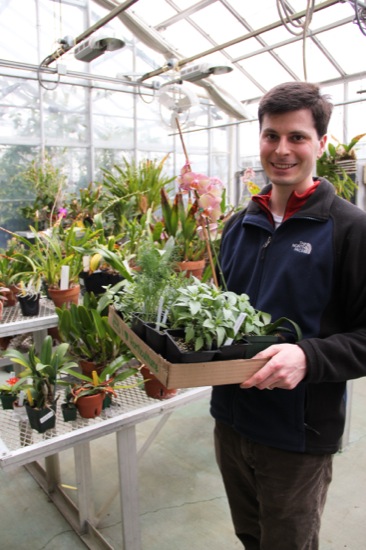 We stopped by a local book sale, where I loaded up on future reads (thanks for all your suggestions in this post!), and Mirabelle, where we loaded up on pastries. 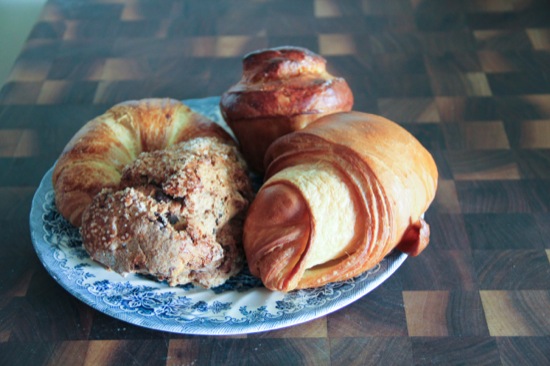 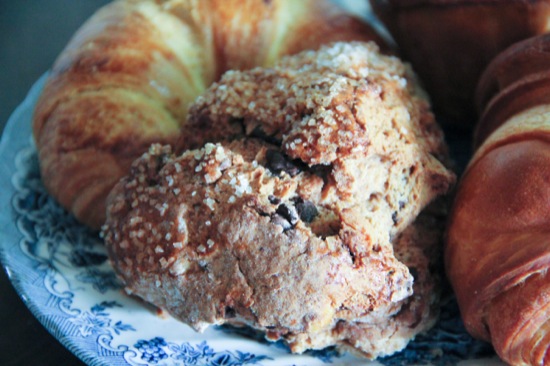 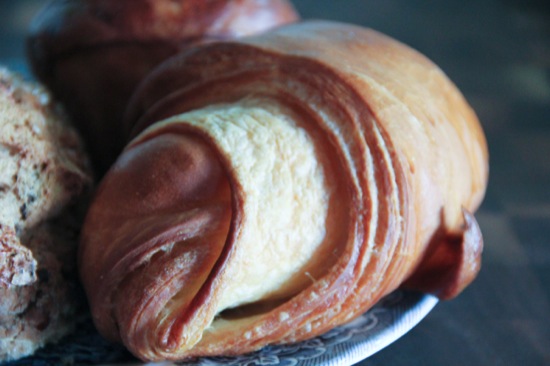 Just like the last time we tried Mirabelle, I wasn’t crazy about the croissants. The scone was a little weird, too – a bit too much like cinnamon-flavored concrete for my taste. Perhaps that’s a sign I should bake more of my own? (Or ask Peter to bake more. One or the other.) 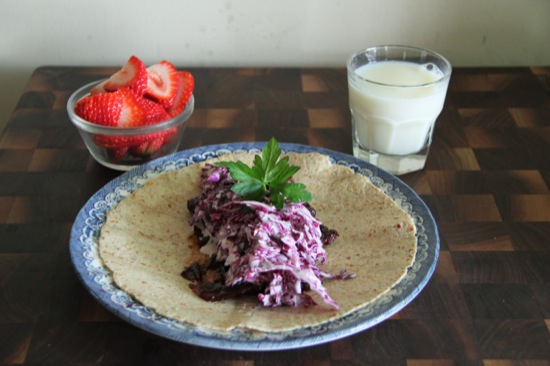 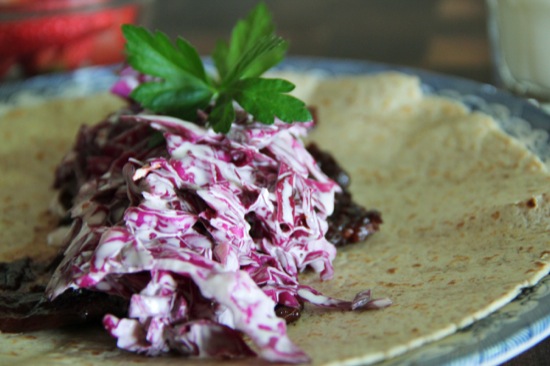 After pastries and tempeh (which is — whew! — super-filling), I was not ready for dinner at its usual early bird hour of 6 pm. 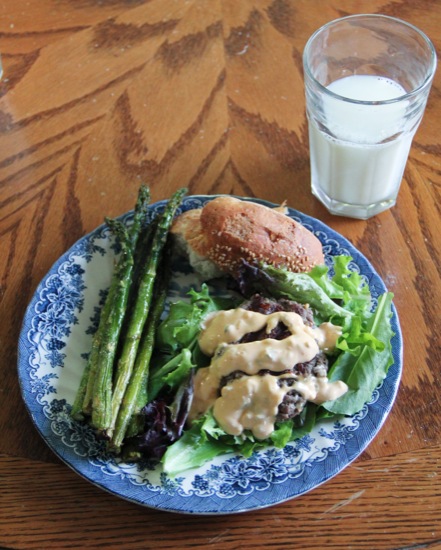 Peter whipped up hamburgers with gorgonzola and roasted asparagus. I enjoyed mine over greens and with some sesame bread (delicious!) we bought at Mirabelle. 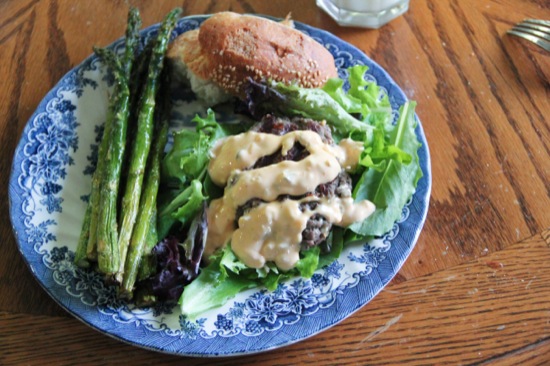 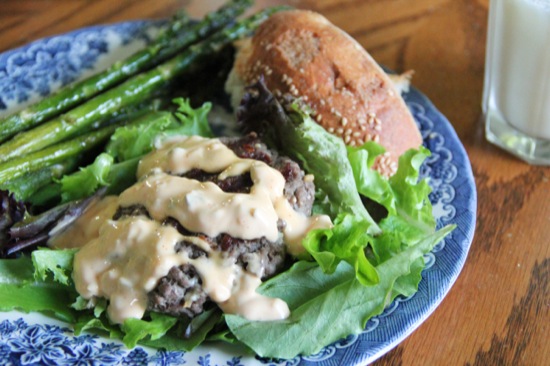 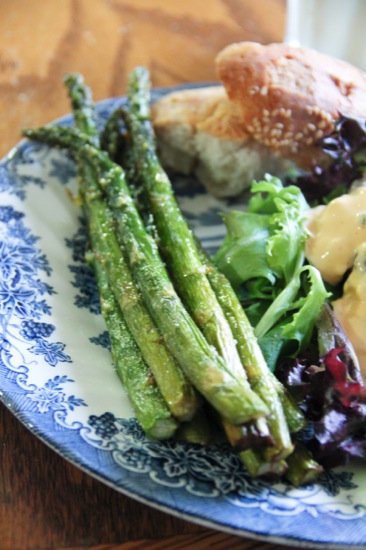 One of these days, when I have a lot more time, I’d like to do a nutrient breakdown of a Monday Munchies. I have a pretty good idea of balance, but as an intuitive eater (mostly), I don’t usually consider the numbers. To be done … sometime in the future.