This post is a continuation of the Monday Munchies series where I show everything I eat over the course of single day – in this case, yesterday (Sunday). 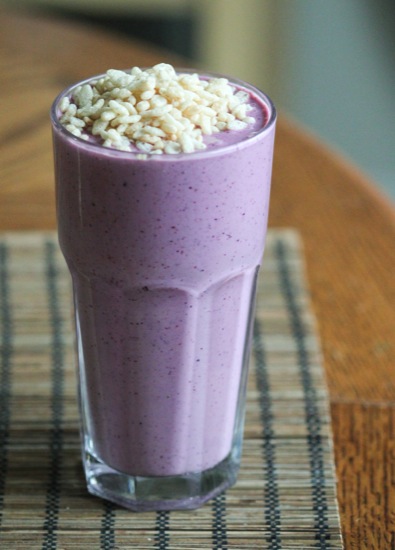 An unusual departure from my typical Bircher muesli fare, this smoothie was made from blended yogurt, frozen berries, and a tiny banana, and was topped with Rice Crispies. Passive sentence was written by me. 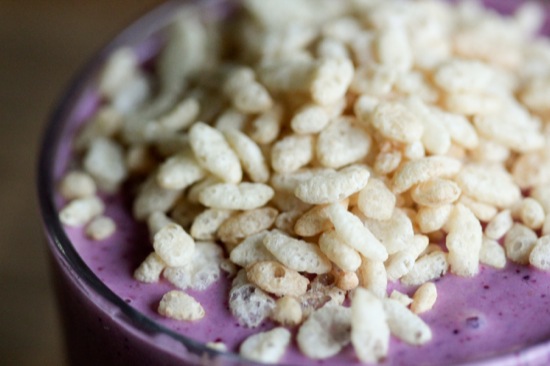 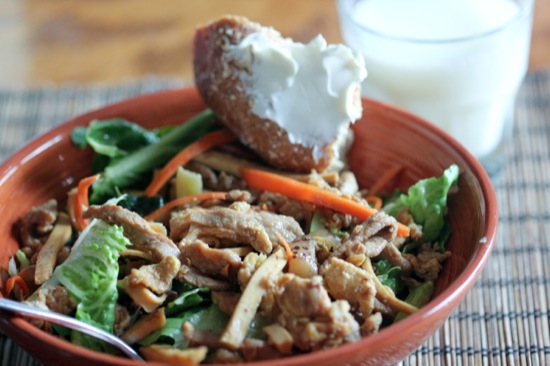 I topped a rather pedestrian salad with a fantastic Taiwanese stir-fry from our favorite local restaurant. I added a bagel piece with cream cheese – the first time I’ve eaten a bagel in a while. Consuming a half-bagel reminded me of how modern bagels are often the equivalent of four slices of bread. Have you ever looked closely at a bagel? Dense and heavy, dear reader, dense and heavy.

So far, none of these meals satisfied a goal we’ve had for the last month: to eat up our pantry and freezer. Why, oh inquiring reader?

That’s right!  Peter and I are moving even farther out west. In a few months’ time, we’ll be enjoying the delights of Oregon. Over the course of less than two years, we’ll have lived on both coasts AND the middle of the country, a situation both neat and strange. I’ll follow-up with a Q&A like I did last time.

Thus, we’re attemping to consume our comestibles, which have grown alarmingly abundant over the past few months. I’m not sure how that happened,

but that doesn’t change the fact that we have five pounds of quinoa, six boxes of Barbara’s cereal, and four giant bags of Peter’s homemade dumplings in the meal queue. Among many other foods. I think we’re in trouble.

Yet, I have hope. I’ve worked on incorporating as many basement foods as possible into our meals. For example, I ate 0.17 ounces of seaweed snacks and called it a day. 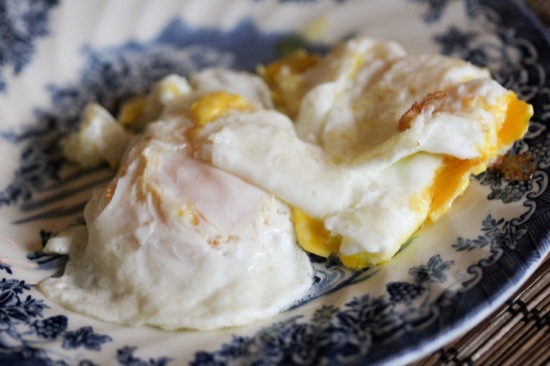 Going along with avoiding our burgeoning pantry, I ate a couple of over-easy eggs to calm my over-queasy stomach. I also nibbled on a bowl of a secret recipe I’ll reveal soon.

How’s that for annoying?