This post is a continuation of the Monday Munchies series where I show everything I eat over the course of single day – in this case, a Saturday three weeks ago (no, I’m not kidding). I thought about scrapping this day; however, as you’ll see, this day shows, once again, that there’s no such thing as “perfect” eating. Dietitians everywhere enjoy a “wide” variety of foods.

Time races on with the relentless energy of a Maddie who has just spied the last treat in the bag. Since my last Monday Munchy, we:

* lost our special pup,
* traveled around the world (and I promise I’ll get to this exciting journey … as soon as MOE stops throwing coconuts),
* moved halfway across the country – again,
* and I became a student once more.

That’s Life with a capital “L”. How does one begin after five months without a single Monday Munchy?

How about with breakfast? 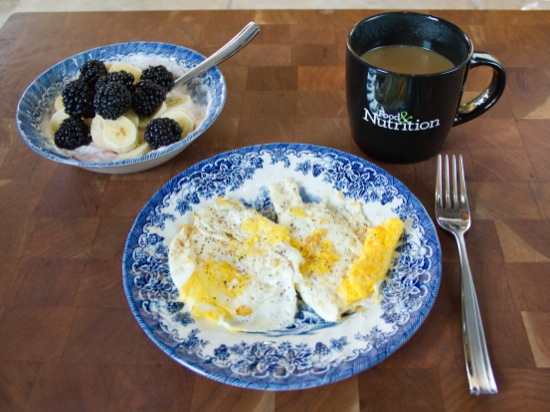 Never fear, Bircher muesli fans! I would never give up my favorite easy breakfast. Lately, I’ve been on an eggs-and-fruit kick that won’t quit. Here, we have a couple of over-hard eggs and a bowl of Greek yogurt with a tiny banana and blackberries. Served with hot Yorkshire Gold and nonfat milk. 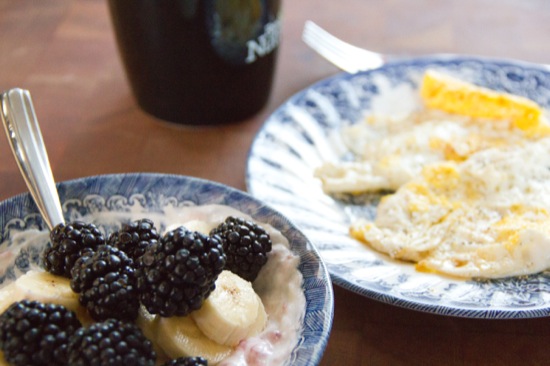 One benefit of reflecting on a three-week-old meal (a phrase that sounds terrible when taken out of context) is the emotional distance that comes with the knowledge that the meal is long gone. Perhaps we would do well to remember that every meal and snack is an opportunity to nourish the body rather than regret less-than-satisfactory food choices.

As you might imagine, Oregon has some stellar farmer’s markets. I wish I could show you the frenetic pace of a fresh-produce-loving population, but the only picture I have is this: 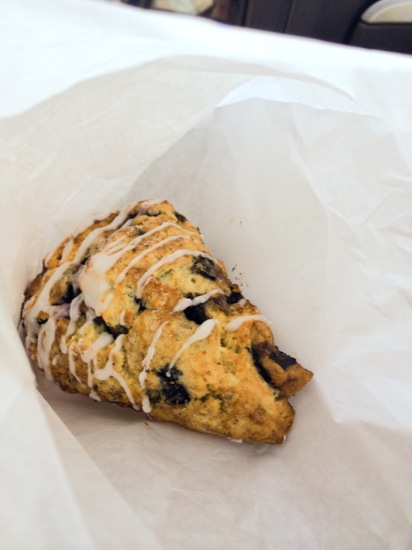 That would be a lovely blueberry scone, captured in a wan light of an inferior phone picture. I enjoyed half and lost track of the other half (maybe Maddie got it).

Your eyes do not deceive you: That is two giant hot dogs and a churro that appears to be about two feet long. Let me explain.

Whenever we’ve gone into a Costco, Peter laments the long line for Costco hot dogs (should those words really go together?). By chance, we struck upon the equivalent of weekend gold (at least, according to Peter): a short line and a ready availability of long hot dogs.

Of course, he couldn’t pass it up. I worked on my phone while Peter waited in the two-person line. As a dietitian does, I expected him to come back with a single hot dog we could both try.

Instead, he returned with everything in the picture above.

I suppose there’s some lesson here about food and moderation, but in reality, this experience boils down to two points:

(1) Those three bites of hot dog were delicious – nice job, Costco, and
(2) This was good practice in listening to my body. Despite the small food volume, I didn’t want anything for the rest of the day. No need to follow a strict food schedule just for the sake of a schedule.

Therefore, I did not consume anything else until 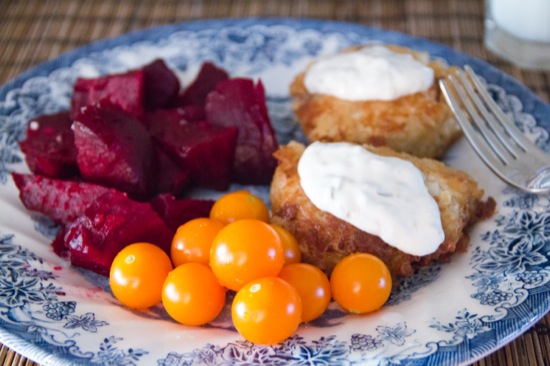 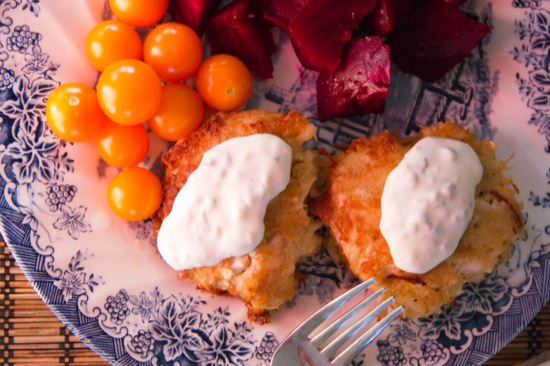 I suppose with a home-cooked meal this good, I can forgive Peter’s earlier meal of beige. Not too shabby, dear reader, not too shabby.