Around 7:30 last night, Peter brought up a good point.

The Woes of the Dietitian
Act 1, Scene 1
THIH Kitchen

Jessie: [Pauses, aghast, in the middle of doing something too awesome to mention] Hark! I forgot to take pictures of a day of eats for Monday Munchies, Part 9!

Peter: [Leans casually against the kitchen counter like a super-suave Iron Chef] You know, I always found that confusing.

Peter: You call it Monday Munchies, but the pictures are from every day BUT Monday.

Peter: I’m only saying … wait, why are you holding that butcher knife above my head? Your stage direction didn’t say anything about you holding a butcher knife! Oh, gracious Jessie, I bow to your–

Jessie: [Most definitely NOT holding a butcher knife, grins]: I will take your suggestion under consideration.

As you may have guessed, I don’t have a full day of Monday Munchies this week due to absentmindedness. I do have everything I ate today up until lunch, which I’ll post below (an actual Monday Munchy). As for whether I should change the name “Monday Munchies” … what do you think, dear reader? I could:

(1) Keep it the way it is, with random days’ eats featured every Monday, confused Peter be darned.
(2) Actually feature a Monday’s eats every Monday Munchy (I originally varied the days to show differences in how I eat on weekdays vs. weekends, etc.)
(3) Feature the random day’s eats on that day (e.g. Tuesday Tidbits, Wednesday … Wibbles?)
(4) Scrap it all. It’s lame, Jessie! 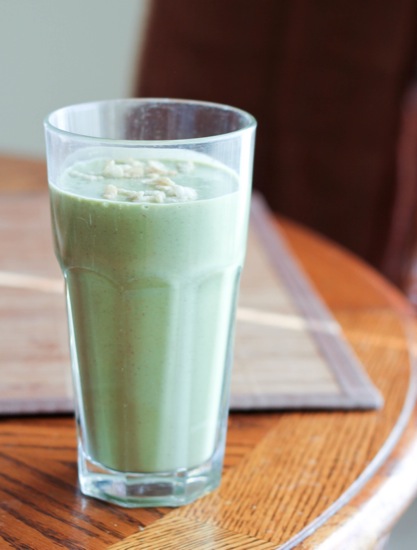 I tried to make a “J” out of Rice Krispies on the top of the smoothie. What do you think? 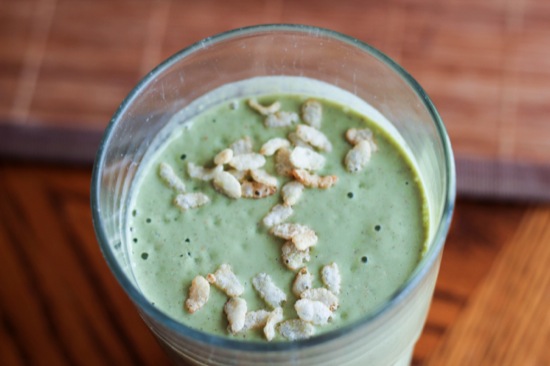 Perhaps I should stick to writing with ketchup. 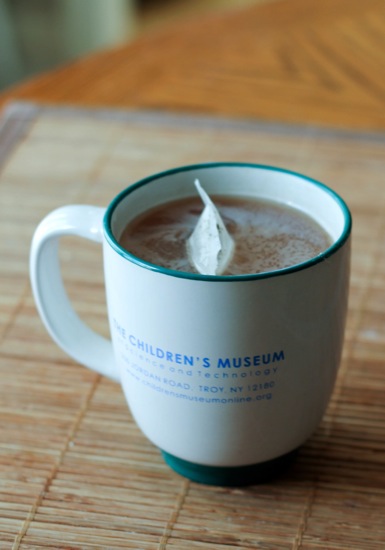 I also enjoyed a cup of Yorkshire Gold tea with skim milk. I buy Yorkshire Gold in bulk from Amazon and store it in this airtight jar to keep it fresh: 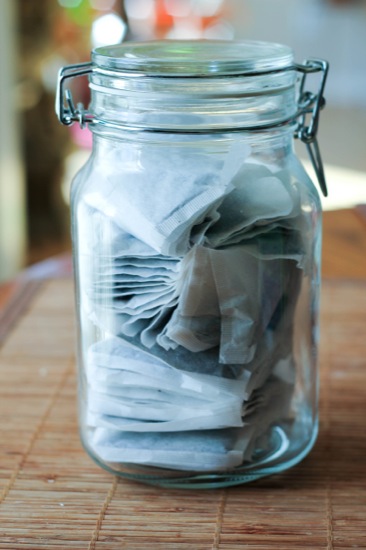 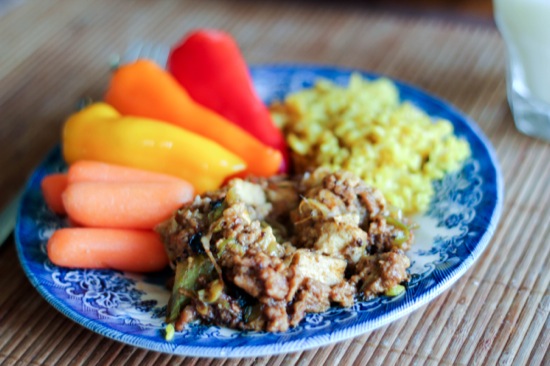 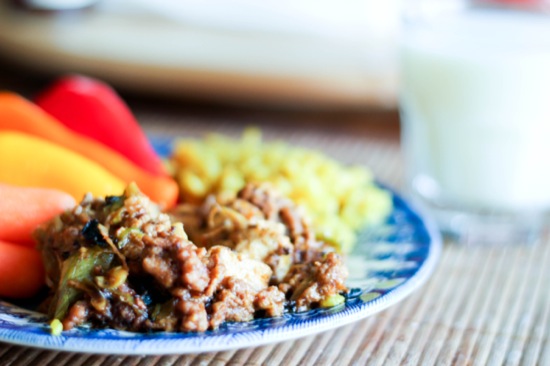 As I wrote yesterday in my meal planning post, we will be making curry chicken salad tonight (recipe is here – phew, that one’s a THIH oldie!). And that’s all!

Before I sign off: for everyone living in the path of Hurricane Sandy – stay safe! I can’t believe it’s almost exactly one year since the last major storm (a snowstorm) in Connecticut knocked out power for a week. It feels strange not to be in CT for this storm, but I’m glad we’re not because our old place was two steps from an easily flooded river!