“and blimey, if it don’t look like mutton again tomorrer.”

(Have I just outed myself as a LOTR geek? Oh well, it was bound to happen sooner or later.)

Backing up a little … eager student though I am, I was secretly hoping for a snow day today. However, when I woke up: 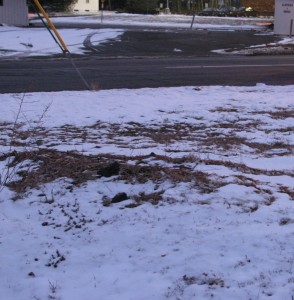 I took advantage of what little snow there was to break out the new waterproof boots I bought after this day.

While at school, I chowed down on the aforementioned salad between classes.

We had a computer class this afternoon on looking up socioeconomic and health demographics for specific populations (what a mouthful). I stayed after to go over my research paper with the professor, so I returned home later than I meant to. I had planned on working on a new, fun recipe, but instead it was leftovers today, which means: 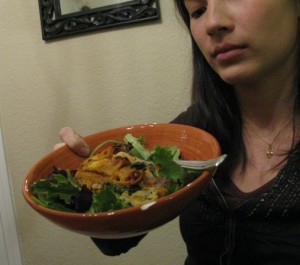 Lesson learned today: leftovers are good once, but their value depreciates at an exponential rate every hour.

Shockingly, I felt a little empty after this dinner, so dessert was in order: 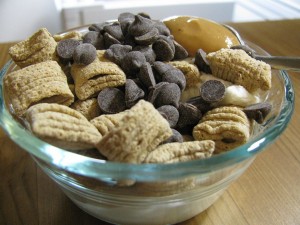 Edited to add: Vote for Ms. Bender as she competes for her Ultimate Wedding! (What a cute couple 🙂 ).