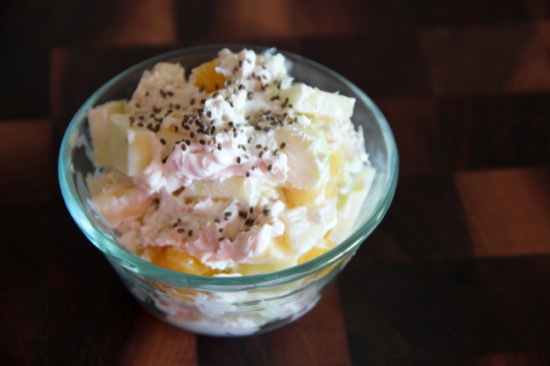 Nutrition pioneer Maximilian Bircher-Benner developed Bircher Muesli around 1900 as part of a balanced diet including raw fruits and vegetables instead of large amounts of meat and white bread. He felt food should do more than quell hunger; it should also keep the body healthy. Imagine that!

You may have spotted Bircher Muesli in my Switzerland post. Look familiar? 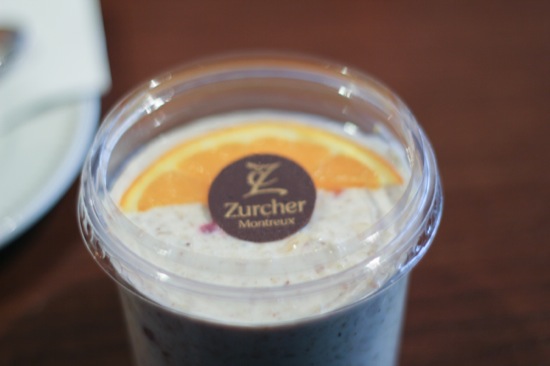 I was especially taken with the Bircher Muesli at Zurcher in Montreux: creamy, slightly chewy from the oats, and packed with fruit.  I was especially impressed when I found Zurcher mentioned by name in one of my favorite Madeleine L’Engle books. Keep in mind this book was written in 1949, which gives you an idea of how long this establishment has been around.

The original recipe for Bircher Muesli contains evaporated milk and lemon juice. I’m not sure how the Bircher Muesli in Switzerland is made, but I do know it is often packaged like yogurt in the grocery stores. I decided to create my own recipe by combing through other recipes and experimenting until I found the right combination of ingredients. 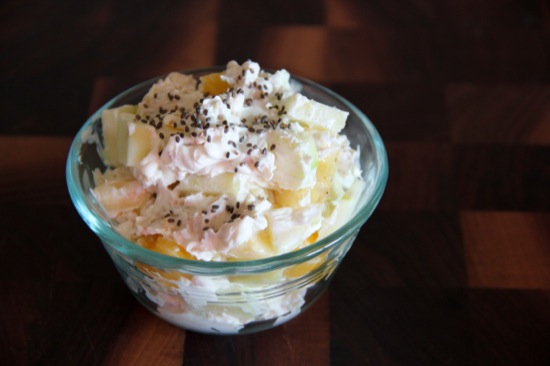 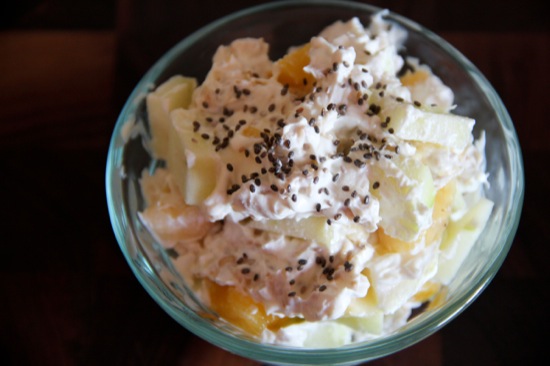 I used Greek yogurt and skim milk instead of evaporated milk as a base. For those of you who have made overnight oats, this recipe may look a little familiar. The difference lies in the texture of the Muesli and the addition of yogurt: Bircher Muesli has a much higher liquid content than overnight oats, turning it into more of a porridge. The best part is that you can mix in whatever ingredients you want, from sweeteners to fruits and nuts.

The pictures above are of a so-so attempt with regular Greek yogurt where I didn’t add enough milk, but I included the pictures anyway because they were the most attractive. It also contained the most common combination of fruits I found in Switzerland: chopped apple, banana and pineapple. I made the Bircher Mueslis below with nonfat Greek yogurt/skim milk. They were delicious, albeit less visually pleasing. 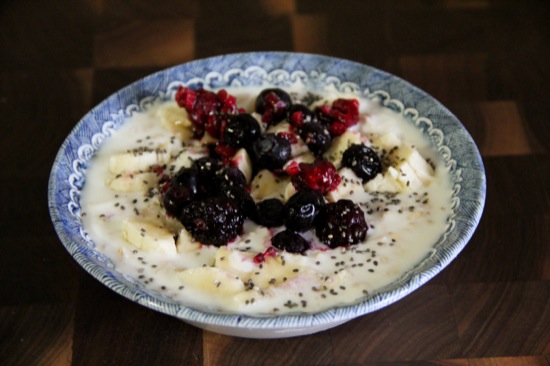 This morning’s batch mixed with slightly defrosted frozen peaches, pineapples, mangoes and strawberries (picture taken right before bowl overflowed — I should have seen that coming):

Have a great weekend, dear reader!

Q: Have you ever tried Bircher Muesli or overnight oats? What new recipes have you tried for breakfast lately?