Last week, I described my five most influential cookbooks. I had such a great response to the list – thanks to everyone who commented and wrote with their favorite cookbooks! I’ll be putting some of those on my next Christmas list.

At the time, I asked Peter to name his five most influential cookbooks. Our subsequent conversation went as follows:

Peter: Most influential, or favorite?

Jessie, having not chosen her own yet: I don’t know. Does it really matter?

P: Of course it does! A cookbook can be influential without being a favorite if it taught you something, but you don’t use it much now or you don’t like the recipes in it, or if it taught you a foundational cooking technique. Or, you could have a cookbook with your favorite recipe, but it doesn’t blahblah stand out bla-de-blah cooking gibble wibble blah blah blah …

(At least, that’s how it sounded to me.) 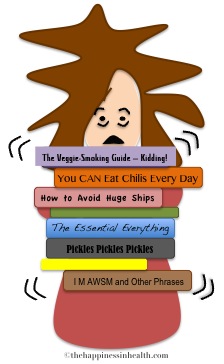 While I won’t be winning wife-of-the-year-award, I did get Peter to narrow down his list to FIVE books, only two of which we have on hand. 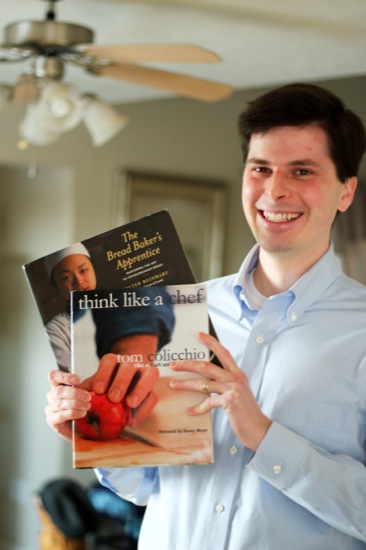 And so, in his own words, Peter’s five most influential cookbooks (all images from Amazon links): 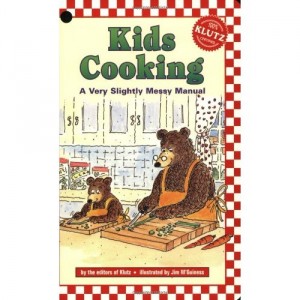 My first ever cookbook. I only remember making two recipes out of it (which I made repeatedly) – a “fried” chicken coated in cornflakes, and disgustingly rich brownies (Jessie: Having tried these, I disagree with the adverb and wholeheartedly agree with the adjective). Fried-like chicken has always been a part of my life. 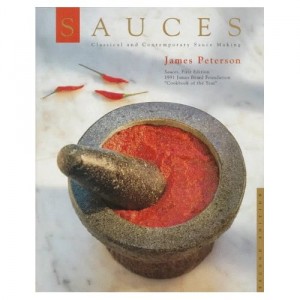 In the first year out from college, having made only cornflake chicken and disgustingly rich brownies, I was looking for a bit more variety and came across a recipe for teriyaki sauce. It was a transformative experience. I had no idea that sauces like that could a) be made so easily, and b) so completely change the nature of a dish. In search for ideas on different sauces, I decided to get this book. It was nothing like what I was expecting. First, most of it went way over my head. Second, and most importantly, it wasn’t just a collection of recipes I could follow to the letter. Instead, this book showed me that there could actually be a reasoned process behind the generation of a recipe, rather than a happy happenstance of random ingredients. I read it cover to cover over winter break, quizzing my unfortunate Mom on the finer details of classic French saucemaking in the process. This is the one that opened the door to all the later cookbooks that came flooding in (Jessie: That is a very appropriate way to describe what happened). 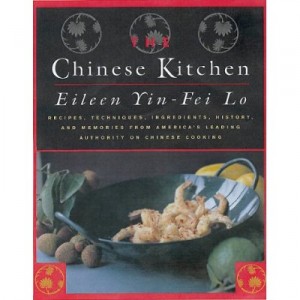 Probably due to a fabulous restaurant being in my hometown, my favorite cuisine has always been southeast Asian. The problem for me was that the whole process seemed extremely exotic. Most of the ingredients were unfamiliar, leaving me utterly in the dark about how to replicate those flavors at home. This book was the first one to show me how to recreate some of my favorites and began to help me get a grasp on this style of cooking. Several books later and I’ve built up a formidable repertoire, but if it hadn’t been for the first, I might never have got there. 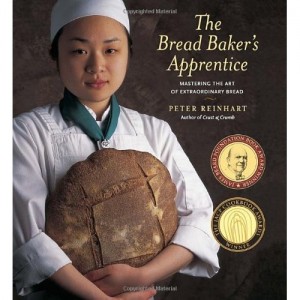 I’ve always loved a good bread. Like the James Peterson book above, this is the dispositive source for teaching how and why various things happen with breadmaking. It was a little intimidating to start my breadmaking career with this book, but luckily the ingredients are cheap so the mistakes aren’t costly! 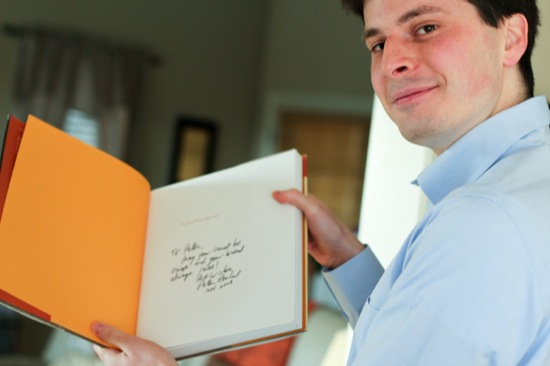 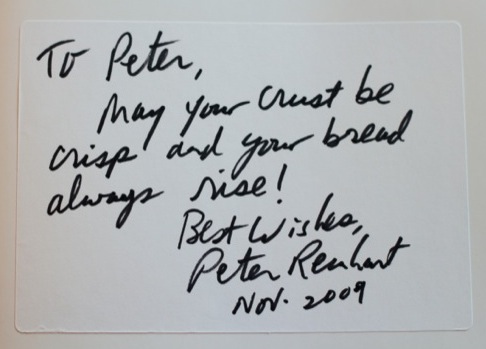 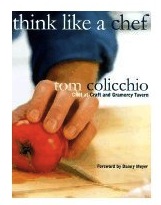 I worked through most of this book while Jessie was away in China. While I’d already cooked many things by this point, and was beginning to branch out on my own a bit, this one really pushed that envelope and got me comfortable with moving beyond the confines of a recipe.

So, there you have it! The most influential cookbooks of a man who owns 75+ cookbooks. Have you every cooked from any of these? It’s interesting our lists don’t overlap at all, probably because our cooking styles are so different (Peter: meticulous, measured, and always mouthwatering; Jessie: quick and quixotic in execution).

Have a great weekend, everyone!