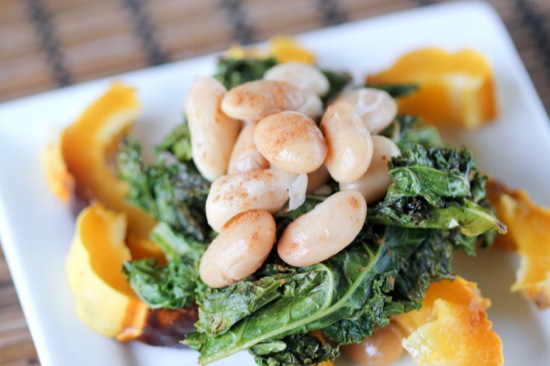 Shortly before my birthday, my sister Courtney called to announce that a package was winging its way toward me. I forgot about it until a large and extremely heavy box arrived on our doorstep several days later. Inside were a selection of beautiful homegrown squashes: Delicata, butternut, spaghetti. Truly the best gift a food enthusiast could get. 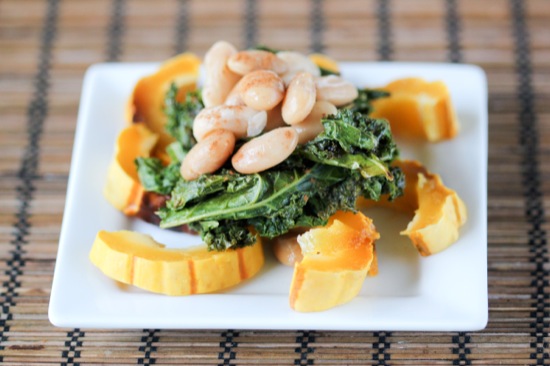 As I’ve mentioned before, Courtney and her boyfriend Ben are wizards in the garden. Courtney sent me a picture of her squash haul a month or so ago, and let me tell you: I never knew a trailer could hold so many squashes. And that pile was for two people, mind. 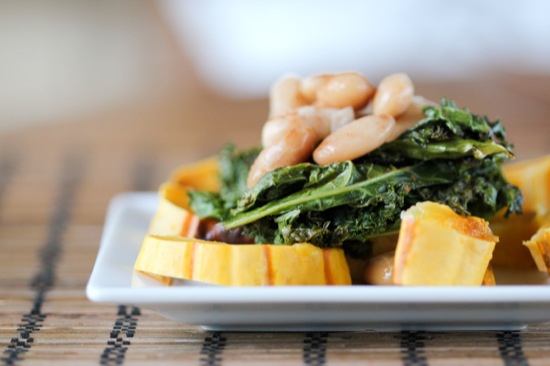 I devoured all the sister-grown squashes in the time it takes me to burn three batches of granola trying to prepare a recipe for an event next week (which takes a surprisingly short amount of time). I made the meal pictured in this post weeks ago and meant to write it up shortly afterward, before life interrupted normal routine. It features one of my favorite squashes: Delicata. This squash bakes quickly and has a Delicate flavor (see what I did there? You go, Glen Coco).

Let’s zoom in on the beautiful skin of the Delicata: 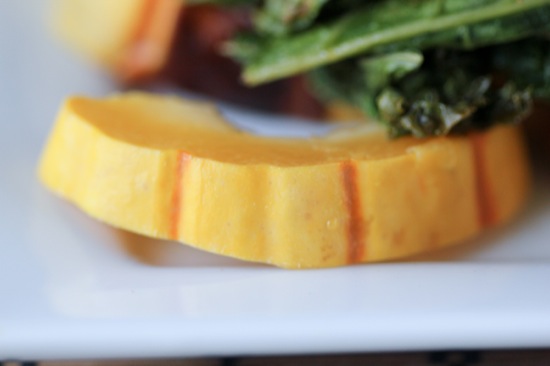 Unlike hard-skinned squashes like butternut, the skin of Delicata is edible. If I know I’ll be eating the skin, as in this dish, I look for organic squash to minimize my synthetic pesticide exposure. (Edited to add: Reader Sarah points out that butternut squash skin is edible – I’ll definitely be trying this! Anyone else out there eat winter squash skin?)

So you can get an idea of how this dish is constructed: 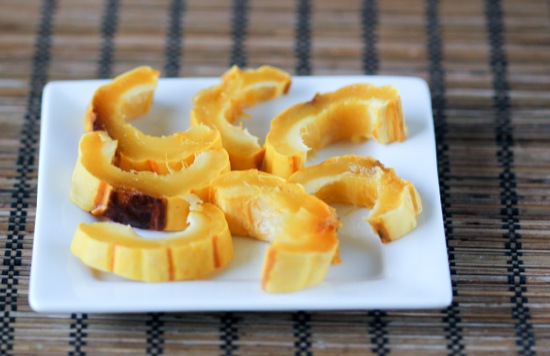 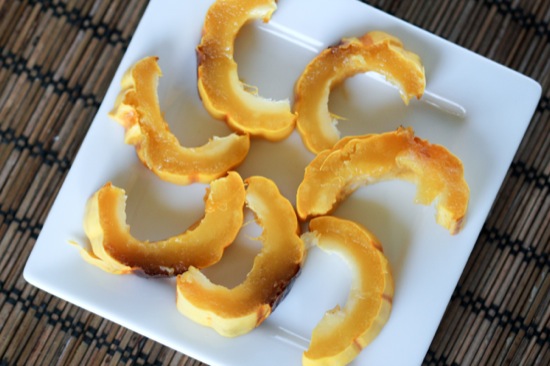 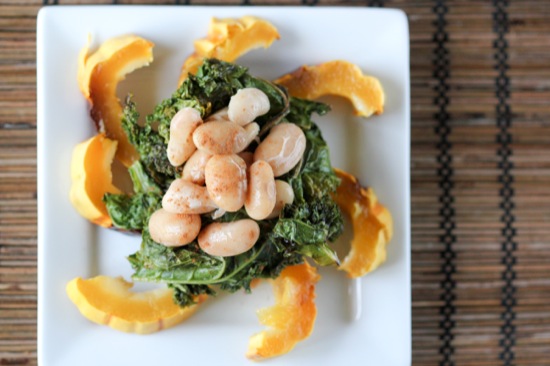 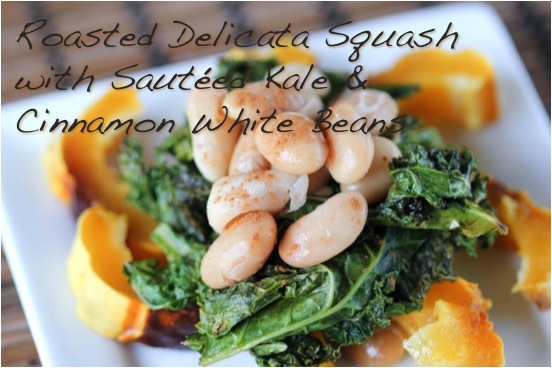 If preparing dried beans, allow to soak overnight. Prepare according to package directions. If using canned beans, drain and rinse beans before setting them aside.

Heat oven to 350 degrees F. Cut squash in half lengthwise, remove seeds, and lay cut side up on a lined baking sheet. Drizzle with olive oil and sprinkle with brown sugar and cinnamon. Bake for 25 to 30 minutes, or until fork can pierce flesh. Set aside to cool slightly.

In a large saute pan, heat canola oil over medium heat. Add kale and saute until wilted, about 5 minutes. Add cooked beans and cook an additional 5 minutes, or until beans are heated through. Add maple syrup and salt and pepper, combine, and set aside.

Once squash is cool enough to handle, slice into semi circles and arrange in circles on four plates. Mound kale-bean mixture in center of circles. Add a sprinkle of cinnamon over each dish and serve warm.