Say them after me: calcium and exercise give you strong bones! Remember those words, because there will be a quiz later.

Let’s have some dramatic lighting to shake up the usual breakfast pics: 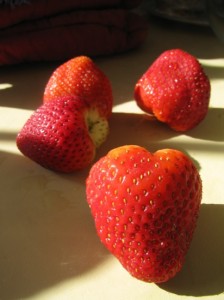 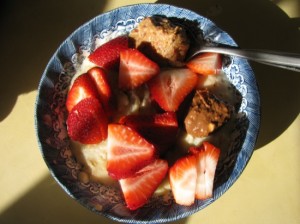 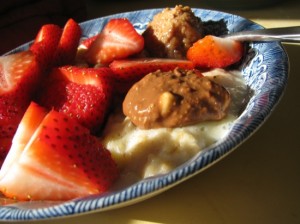 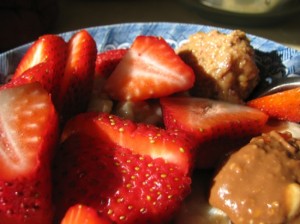 That would be oatmeal with strawberries, Chillin’ Chocolate, AND Adirondack Jack (live large, I say).

Today, I taught three nutrition lessons with two of the other girls in my dietetics program. The 3rd, 4th, and 6th graders learned about calcium and dairy and why they’re so important, especially when they’re growing. Did you know that 90 percent of peak bone mass is acquired by age 18 for girls and 20 for boys? So, get your calcium before then to prevent weak bones! (You can still build bone mass after those ages, but mostly in your arms.) 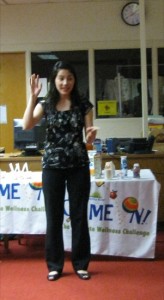 Not sure what I’m doing in this picture, but I seem really into it.

So, do you remember what the magic words are? (I ask the 6th graders) That’s right! Calcium and exercise give you strong bones! 😀

(Is it just me, or do 6th graders seem larger nowadays? I swear most of the girls were taller than I am. And I ain’t tiny.)

Last night’s dinner consisted of an adaptation of Joanne‘s Nigerian Baked Beans with Spiced Carrot and Zucchini Barley.  (If you’re not reading Joanne’s blog, you should. This girl is in a prestigious MD/PhD program and she STILL has time to not only eat, but cook gourmet meals with a flourish.)

Since I made so many adaptations to the recipe due to *ahem* missing ingredients, I’ll write it here. 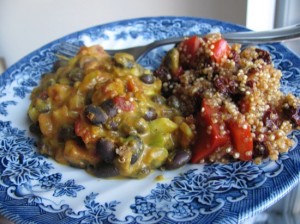 Ingredients:
1 can of beans of choice, drained and rinsed REALLY well (use dried beans if you’re not as short of time as I am. Navy beans would work well. I used black beans.)
1 tbsp olive oil
2 shallots, chopped
2 cloves garlic, chopped
1/2 jalapeno, seeded and chopped (told ja I was a spice-chicken)
1 Tbsp curry power (I used a combo of sweet curry and Maharajah)
1/2 tsp turmeric
1/2 tsp ground cumin
1/2 tsp ground coriander
1 can diced tomatoes, with liquid
6 tbsp peanut butter (I had to, I just had to 🙂 )
Freshly ground black pepper 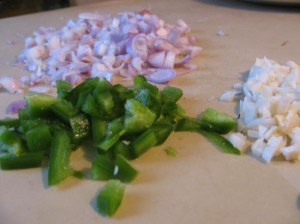 Saute shallots in a skillet over medium heat until soft. Add garlic and jalapeno and cook for 30 seconds. Add curry and ground spices. 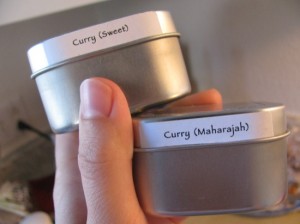 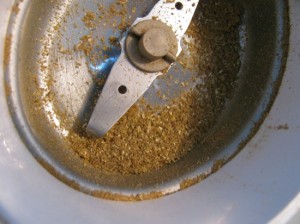 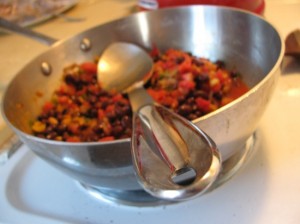 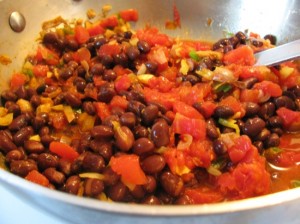 Spoon into casserole dish and bake for 15 minutes (you’ll have to bake longer if you started with dried beans). 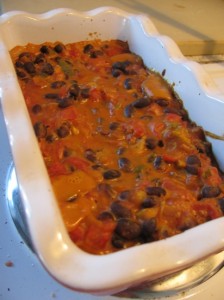 Spiced Red Pepper Quinoa (my kitchen was not well stocked)

Rinse quinoa well and simmer in 1 cup of water with the cherries. 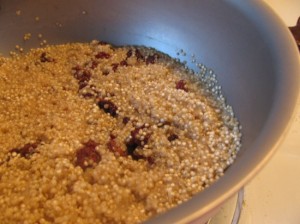 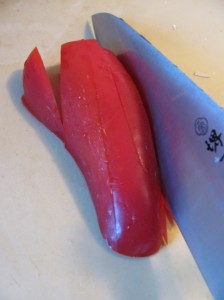 Add spices and stir. When quinoa is cooked, toss with bell pepper. 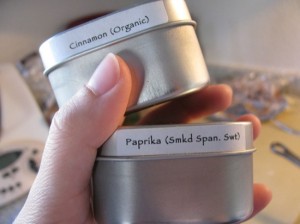 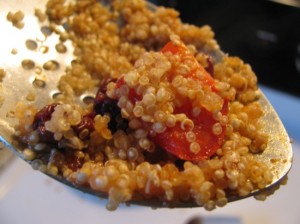 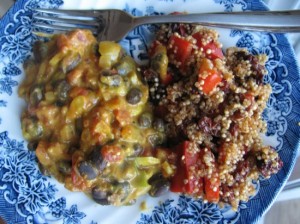 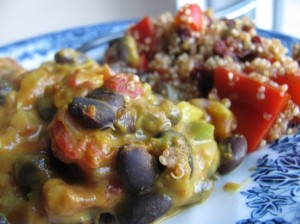 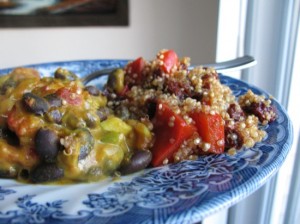 Q: Have you ever eaten quinoa? How do you like to prepare/eat it?