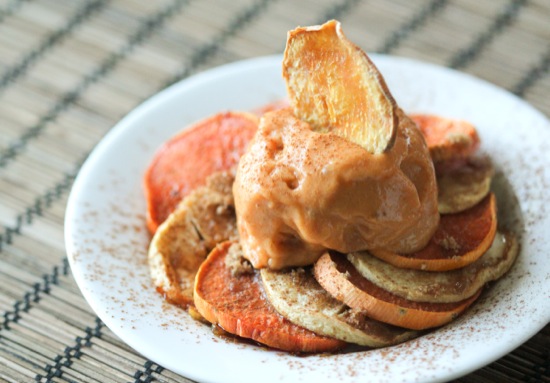 {Disclosure} I received free samples of California sweetpotatoes mentioned in this post. By posting this recipe I am entering a recipe contest sponsored by the California Sweetpotato Council and am eligible to win prizes associated with the contest. I was not compensated for my time.

We’ve been friends for a long time, you and I. You know my kitchen quirks, my strange habits, and my tendency to set ridiculous challenges that no man, beast, or dietitian should ever attempt. Not while juggling a whole circus’s worth of projects, anyway.

So when I tell you I challenged myself to prepare sweetpotatoes three ways in a single dessert, you know I’m totally serious. 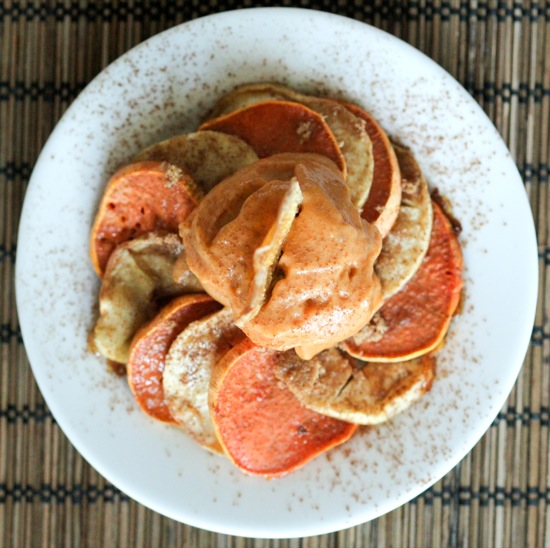 By the way, sweetpotatoes are not the same thing as sweet potatoes. Catch the difference? California sweetpotatoes (one word) are a special type of sweet potato. And by special, I mean they’re grown in soft sand and hand sorted during harvest to minimize scarring and scratching. These sweetpotatoes are not only gorgeous, they’re super nutritious. Check it out, folks: One medium-sized sweetpotato contains 4 grams of fiber, 2 grams of protein, vitamin C, and more than a day’s worth of vitamin A. All for 105 calories. Not too shabby. 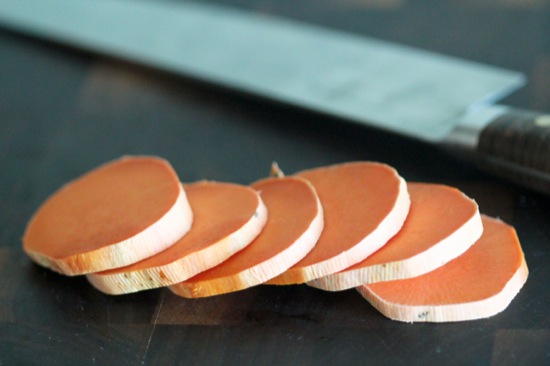 In case you’re thinking of reaching for a yam, snatch back that hand!  Some grocery stores carry sweetpotatoes labeled as yams, yet yams are not readily available in the U.S. (you’ll have to go to the Carribbean or find a grocery store that imports them). Yams are dry and starchy, while sweetpotatoes are sweet and moist. I know which I’d rather use.

Sweetpotatoes can enhance sweet or savory dishes depending on how you prepare them. To feature three popular California varieties found in grocery stores nationwide (O’Henry, Diane, and Covington), I prepared them three ways and incorporated all three in a light, nutritious dessert. The sweetpotato chips were made with O’Henry (which looks like a white potato, but is definitely a sweetpotato), the sweetpotato apple bake with Diane, and the “ice cream” with Covington. Feel free to use whichever varieties suit your fancy. 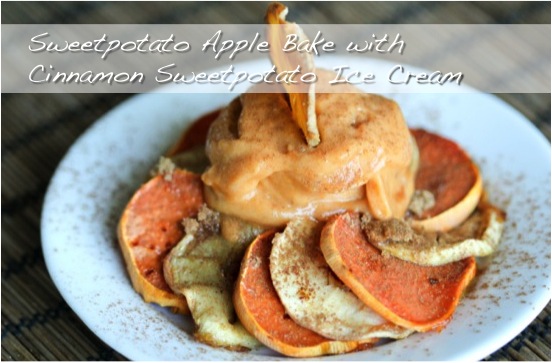 The cinnamon sweetpotato “ice cream” is the real star of this dessert. Egg-free and dairy-free, it has only four ingredients and tastes like pumpkin pie. I know I’ll be making it again soon.

The picture below will help you visualize the parchment paper trick mentioned in the recipe. It really works for creating perfect layered circles. Try this dessert at a fancy dinner party for maximum impact. 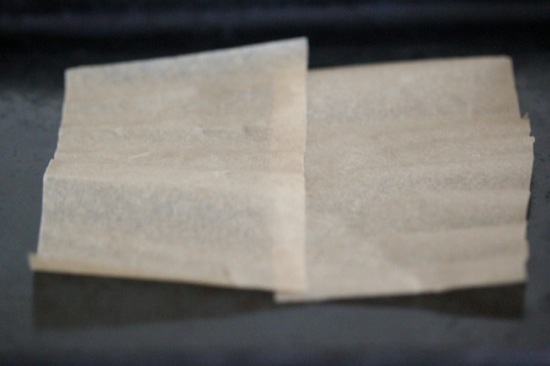 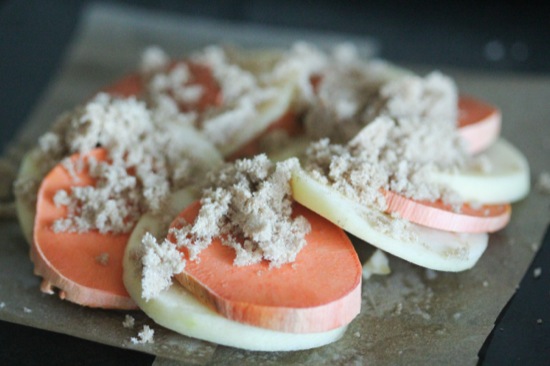 At least five hours before baking, bring a large pot of water to a boil. Add sweetpotatoes for the sweetpotato apple bake and “ice cream” (six sweetpotatoes total). Lower heat and simmer for 35 minutes, or until a fork easily pierces the sweetpotatoes. Remove and set aside. Once sweetpotatoes are cool enough to handle, chop two sweetpotatoes into 1-inch cubes. Spread cubes and sliced bananas on a baking sheet lined with parchment paper and freeze for at least four hours. Refrigerate remaining four sweetpotatoes until next step.

Preheat oven to 250 degrees F. Line a baking sheet with parchment paper and spread sweetpotato chips evenly so their edges do not touch. Sprinkle with sugar and bake for 45 minutes, flipping chips halfway through baking. Remove and allow to cool on cooling racks. Raise oven temperature to 350 degrees F.

While chips bake, remove the four sweetpotatoes from the refrigerator and slice into 1/2-inch thick slices. Peel, core, and slice apples into 1/2-inch thick slices. Cut six squares of parchment paper, cut squares in half, and arrange six squares on a baking sheet with halves slightly overlapping. Arrange slices in six circles on the parchment paper squares, alternating sweetpotatoes and apples and overlapping the edges. Sprinkle with brown sugar and cinnamon, and drizzle with maple syrup. Bake at 350 degree F for 30 minutes, or until brown and bubbly. Remove from oven.

While sweetpotatoes and apples bake, place frozen sweetpotatoes, frozen banana slices, brown sugar, and cinnamon in a blender or food processor. Blend until smooth and creamy.

Use a large spatula and parchment paper to transfer sweetpotato circles to warm plates. Spoon ice cream in the middle of each circle, top with a sweet potato chip, and sprinkle cinnamon over all, if desired. Serve immediately.