Peter has a lot of hobbies. Since I started THIH eons ago, he has taken up or continued practicing the following:

(1) Making kitchen knives.
(2) Playing obscure German-made board games (among others).
(3) Elaborate chocolate-making using a 45-pound single-purpose chocolate tempering machine.
(4) Wiring his own sous vide machines and making large quantities of perfectly-cooked food.
(5) Exploring the many uses of a Big Green Egg.
(6) Frying. Everything. 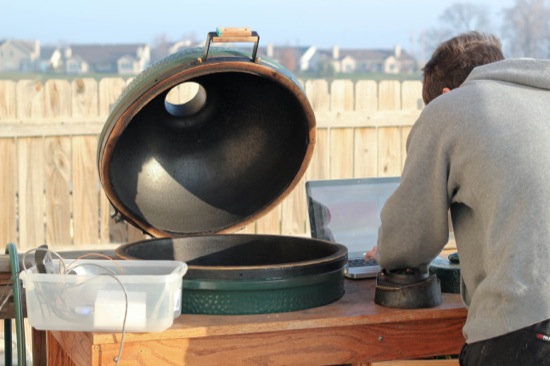 I suppose it should have come as no surprise that after moving to a new location, a brand spankin’ new hobby would follow. Can you guess what it is?

If you haven’t guessed by now, you don’t read post titles. 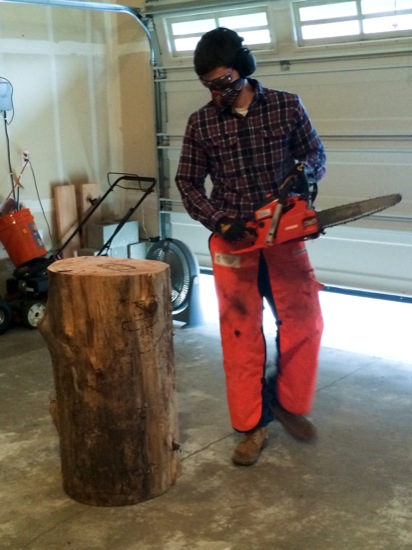 The first clue that flying wood chips and the term “chainsaw bar” were in our future was way back in 2010 when Peter and I visited the Big Buzz Chainsaw Festival (yes, that’s its real name) in Vermont (the same visit as the Peter-tried-to-tip-me-into-a-lake incident and the first appearance of Badeline, the bear version of Madeline). When we were walking around the festival, Peter lingered just a little too long over the on-site carving, repeatedly saying how fun it looked. How naive I was to think that this interest was a passing fancy.

This new-found interest lay dormant for five years — until our arrival in Oregon, a.k.a. the land of chainsaw carvers on every corner. 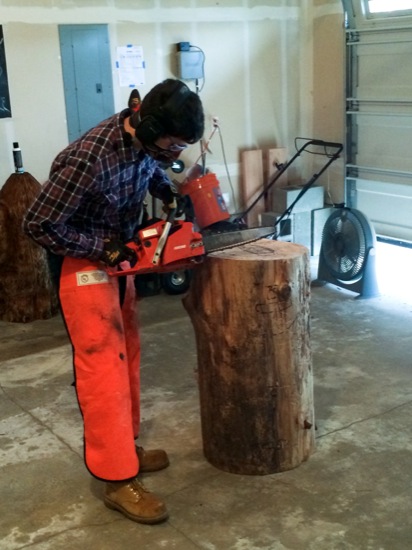 By the time we saw our third carver, Peter was convinced: He could do it, and he would do it.

That’s how we ended up with a house full of carvings. A sampling (pictures taken while the carvings were drying outside):

I reckon chainsaw carving is only one step closer to good-gracious-what-have-we-gotten-ourselves-into? than making kitchen knives, by a razor-thin margin (get it? get it?). On the plus side, it impresses the heck out of the neighborhood kids, and I get to brag that my husband wears chaps (to protect his legs from flying debris. People.) (Although I was a little less comforted when Peter mentioned how he accidentally cut through one of the chaps with his chainsaw.)

Still, we all deserve to enjoy our hobbies. With the second year of my busy MBA program beginning in two weeks, I’m especially committed to making room for hobbies. Such as this sweet little thing I’ve been knitting one row at a time over the past several months: 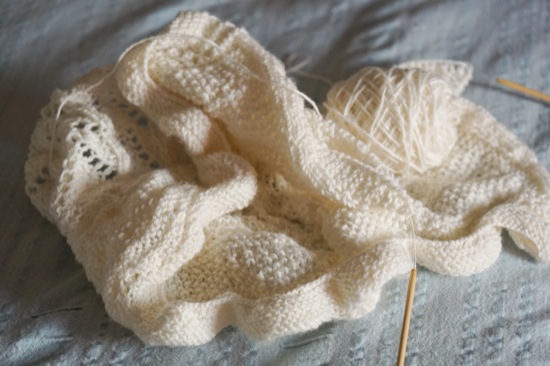 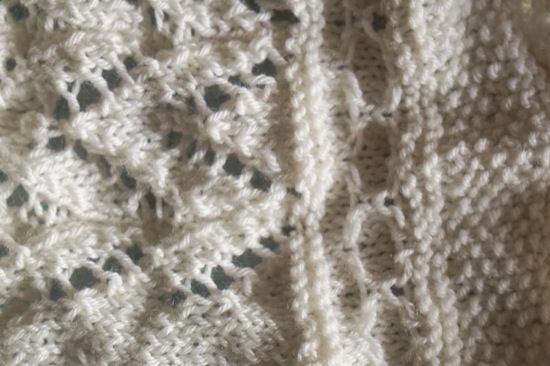 That’s my August message, which I will put in italics and set off in quotes to make it look fancy and important:

Make a little time for your hobbies every day.

P.S. Whatever it is, Maddie totally won’t judge. 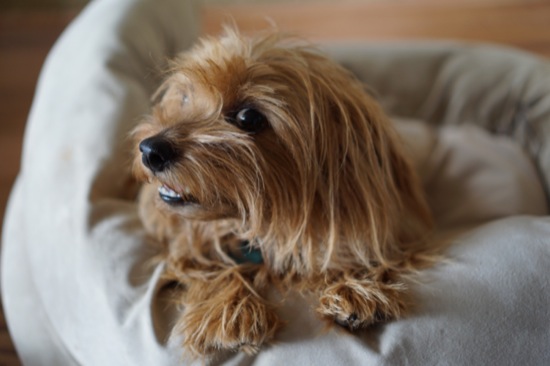