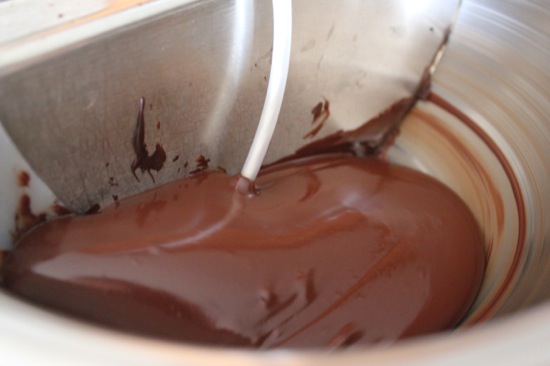 We now have so many kind types of truffles, dipped candies, and nut barks in the house, there’s no possible way even I could eat them all. Not that I’m complaining.

Initially, Peter had difficulty dipping truffle centers because the tempered chocolate was too stiff. We even snuck into one of the stores of the well-known chocolate chain from which we bought the Little Dipper to casually watch their machine at work. It was not my proudest moment.

After some research, Peter declared we needed cocoa butter to make the chocolate runnier.

Now, when I hear the words “cocoa butter”, I think of the skin-soothing ingredient in rich hand creams. I don’t think of this: 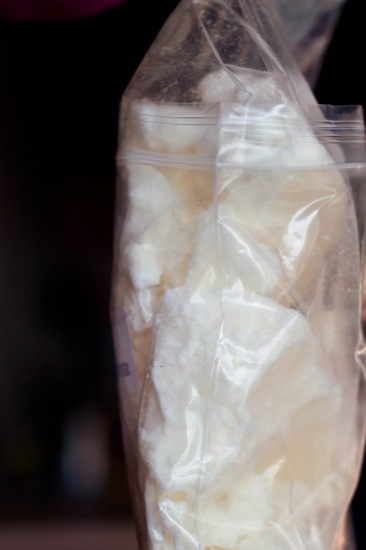 These rough white chunks are raw cocoa butter. Besides the fact that they look like enormous blocks of white sidewalk chalk, I had a hard time imagining how they would make melted chocolate more … melty.

But it worked great! Just a small bit of cocoa butter made the tempered chocolate infinitely more dippable. A few scenes from the latest chocolate-making session: 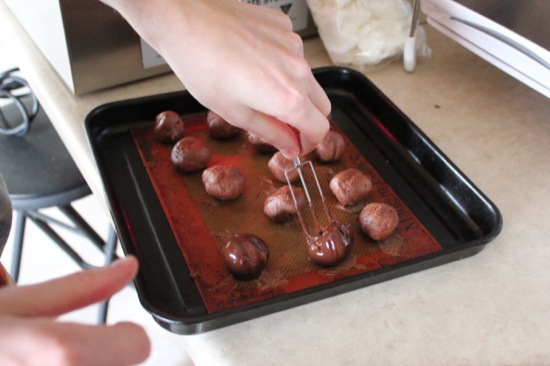 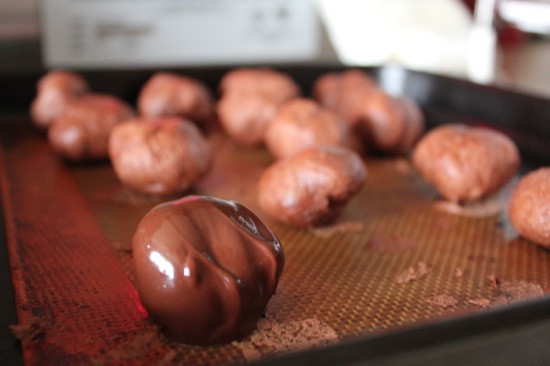 In this batch, Peter made passionfruit- and lavender-flavored truffles. 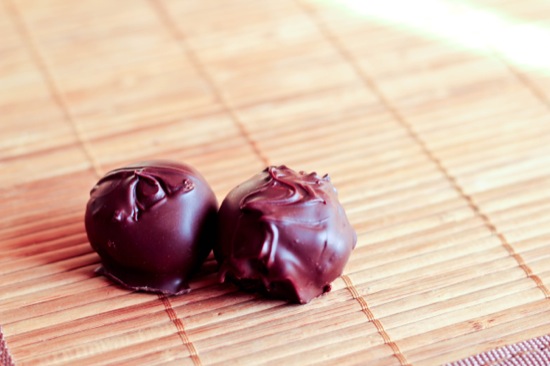 I asked him what the designs on the top represented. He replied, “The ‘P’ is for passionfruit.” 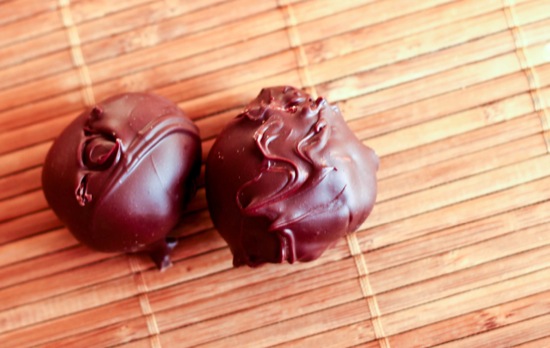 And so I asked the natural follow-up question: “What’s the double-S for?” Peter: “I thought the design looked cool. Those are the lavender ones.”

I dipped a few marshmallows in the remainder of the tempered chocolate, then mixed chocolate with both sweetened coconut and toasted almonds to make bark.