Last Sunday, Peter and I had a dinner party at at Casa THIH. I hinted at our main course in this post.

… Well, okay, I pretty much told you straight out: pulled pork with Peter-made BBQ sauce 😉

On Sunday, Peter fired up the Big Green Egg at around 7:30 am. He prepared a 6-pound pork butt with a dry rub containing paprika and mustard, and inserted two temperature probes so that he could keep track of smoking/cooking temperatures throughout the day on his computer. 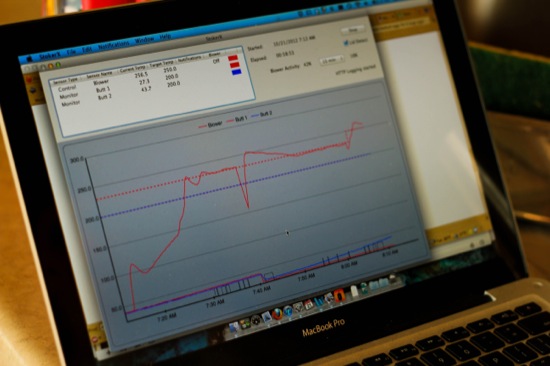 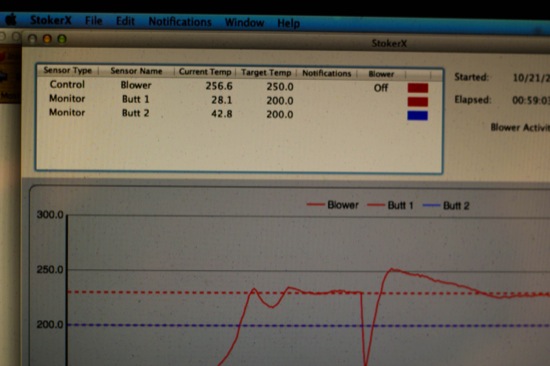 He has two temperature probes because foods can vary in temperature in different spots. Also, he can test the accuracy of the thermometers against the Big Green Egg’s built-in temperature sensor (top line, the “Control”).

Funny how he never wants to try this with vegetables.

After a few hiccups, the computer tracked the pork’s temperature until around 5:00 pm. 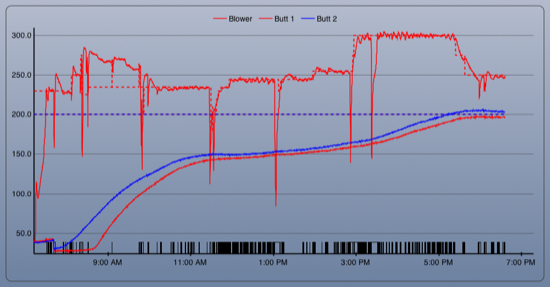 Once the meat reached the limit of (very) roughly 200 degrees F, Peter removed it from the Egg and let it cool for a bit before pulling. 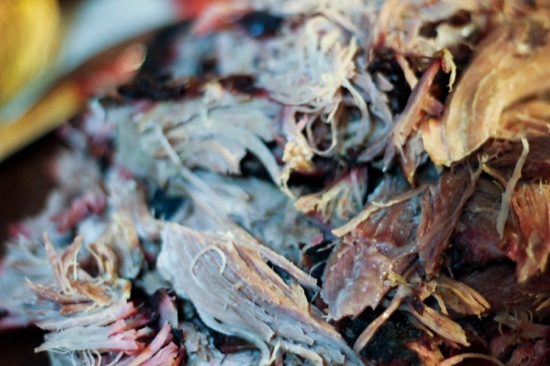 Since this was a dinner party, I didn’t take very many pictures (disturbs the ambiance, you know). I’ve included a few below. 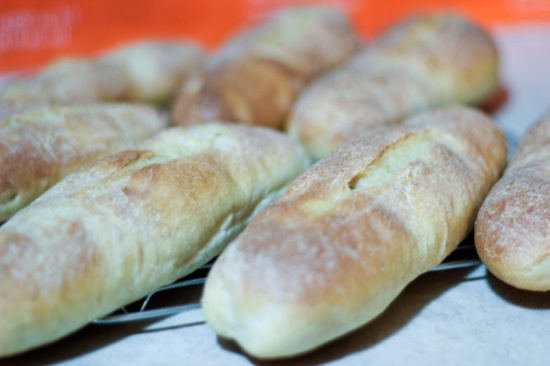 The main part of this meal was a replica of Peter’s Cuban feast from way back when. The dinner guests made pulled pork sandwiches with whole grain rolls, caramelized onions, and, instead of “dragon breath” garlic mayo, homemade BBQ sauce.

Appetizers: Veggie plate with avocado dip. You can see some Peter-made chocolates lurking in the background. One of our guests brought a cheese plate for an appetizer as well. 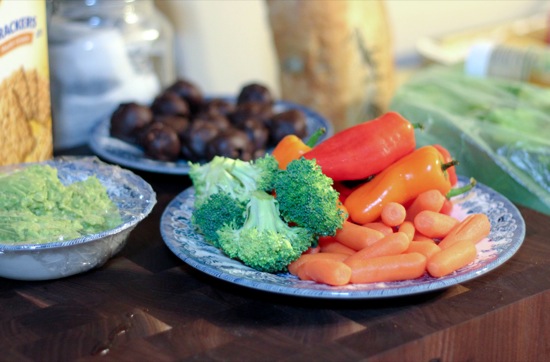 Two of our dinner guests were a couple who brought their twin four-year-old boys. After they tired themselves out playing with our recliner chairs (now with MORE reclining action!), I gave them appetizer plates of their very own. 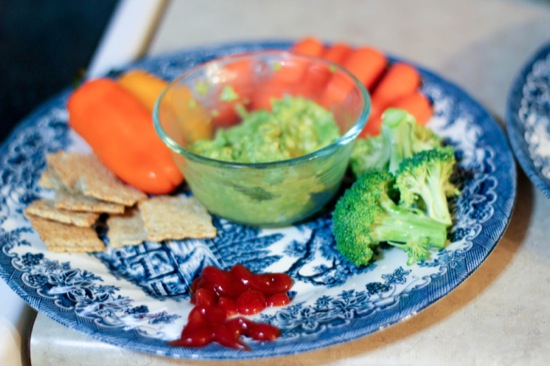 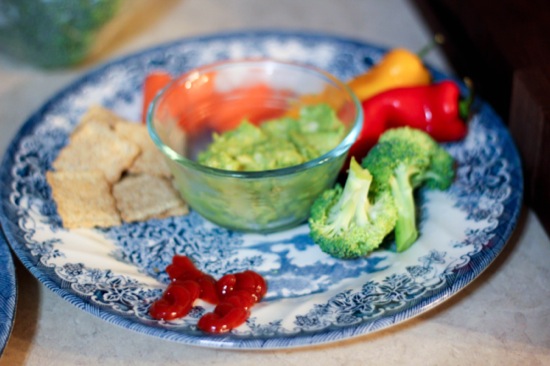 I gave them individual cups of the avocado dip and arranged veggies and whole grain crackers around the outside in bite-sized portions. I made sure none of the different foods were touching each other, and that I had a wide variety of color on their plates.

The final touch was their first initials written in ketchup so they would know which plate was theirs. Having never written with ketchup before, I admit I could have used a practice run. Those really are the letters “E” and “H”, I swear!

A cucumber salad dressed in sesame oil and rice vinegar: 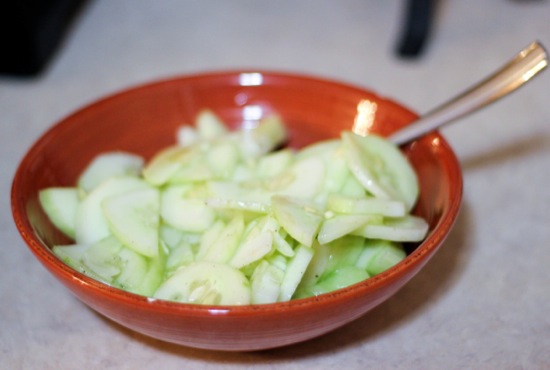 A shot of the dinner table, compete with caramelized onions, salad, cucumber, BBQ sauce, and the last Great White beer from our west coast trip in 2009 (!).

For dessert, we made a tres leches cake identical to the one in this post. It was a hit!

A recipe, just for you:

Cut avocados in half and remove seeds. Scoop out avocado. Place in a bowl with cheese and lime juice. Mash. Add salt to taste. Serve with fresh veggies and/or crackers, or on a salad or sandwich.

Q: What’s your favorite food to serve (or eat!) at a dinner party?