Three days before we moved to Illinois, Peter found a Craigslist ad for something he’s wanted for years. The ensuing conversation went as follows:

Long-suffering wife (a.k.a. me): My wonderful husband, we shall commence our 16-hour drive in two days. The mover has already collected our cherished belongings. We would have to place your new item in the back of the car, where it would fight for territory with two doggles and a forest of plants. Besides, you already have a rather large sous vide machine. What more could you want?

LSW: *turns away, makes grand gesture of defiance* I shall not relent! I will be strong!

… Fast forward one day. We arrive at the seller’s house. Her husband loads THIS into our car: 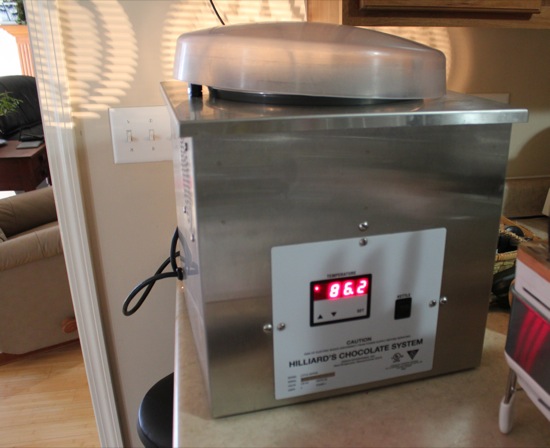 You may remember an allusion I made in this post about the extremely large single purpose kitchen item that Peter picked up right before we moved. Behold: a chocolate tempering machine. 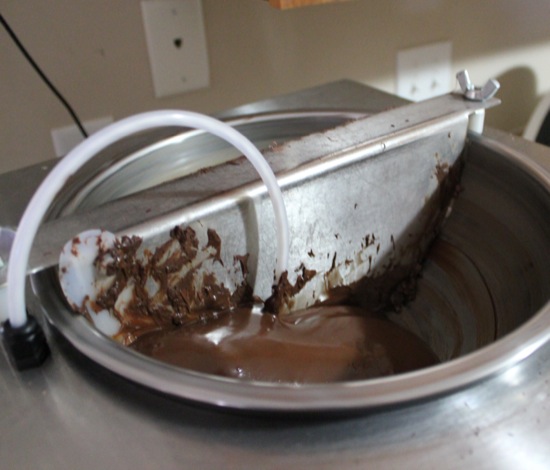 This machine is called the “Little Dipper“. We bought it from the franchise owner of a well-known chocolate company chain for a ridiculously awesome price. Peter has wanted this machine — yes, THIS particular one — for years. How could I say no?

Just imagine this machine, which measures 16″ x 16″ x 17″ and weighs 45 pounds (not 25 pounds as I previously estimated), sitting in the back of Peter’s station wagon on the 16-hour drive out to Illinois, sharing space with all his plants (or “The Jungle”, as I like to call it).

No wonder Maddie had to sit on the passionfruit plant.

We haven’t had a lot of time to put the Little Dipper into action yet, but Peter did make a batch of chocolate truffles a few days ago. 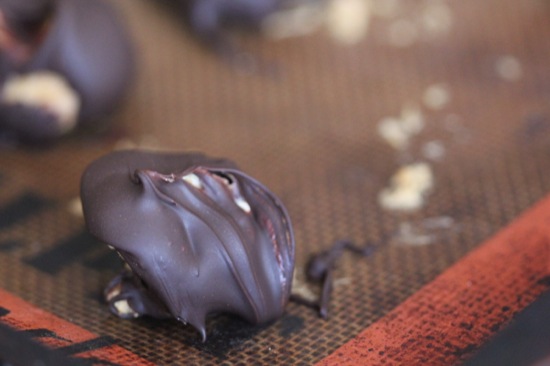 To start, he made a Speculoos buttercream with fondant. Let me tell you: fondant sticks to absolutely everything. Including my hair.

He chilled the buttercream filling, then rolled it into balls. Meanwhile, the Little Dipper was doing its thang. 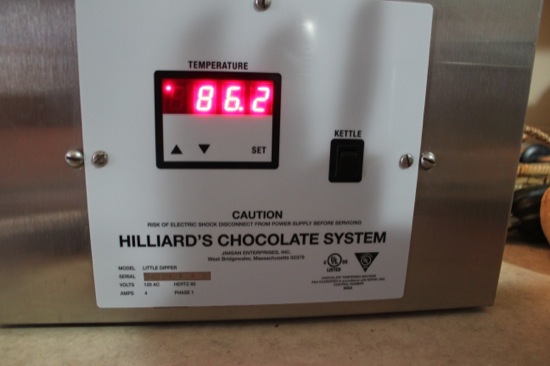 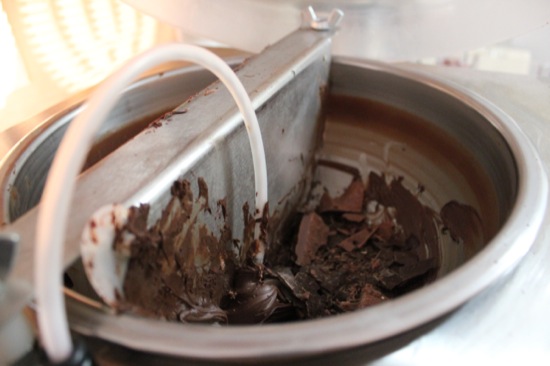 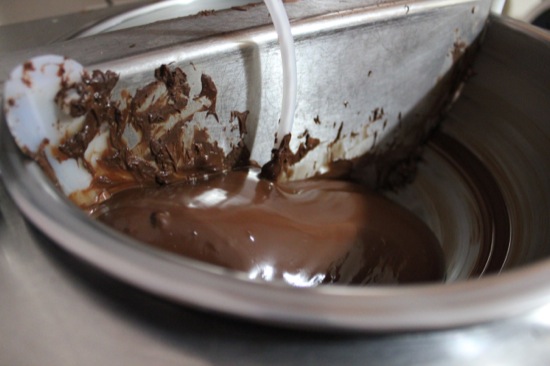 After another chill session, Peter dipped the buttercream centers into the melted, tempered chocolate and laid them on a Silpat to cool. 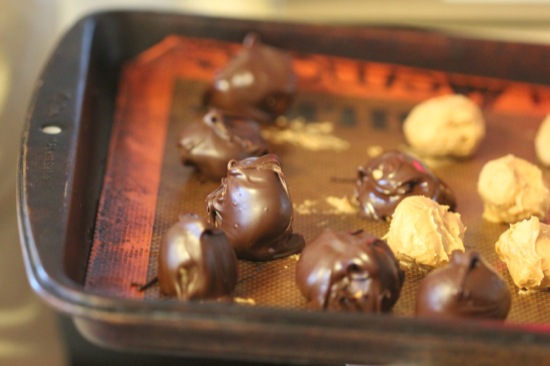 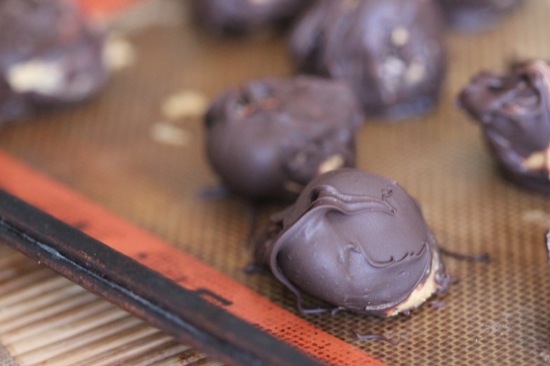 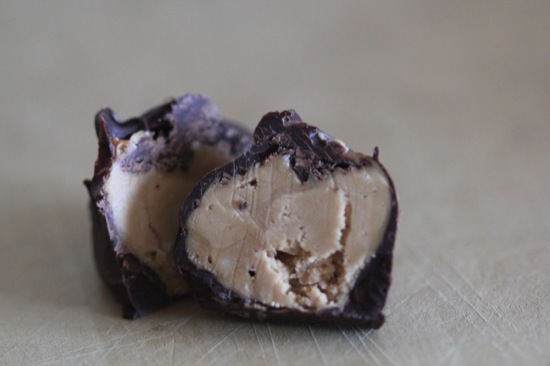 So, there you have it! That’s how Peter became a kitchen gadget fanatic. How many other couples do you know who have a chocolate tempering machine in their kitchen?

Now you know one 🙂