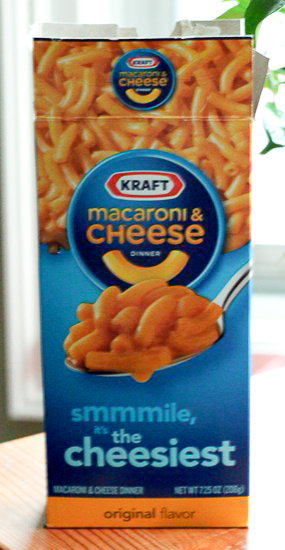 I was so naïve going into this pregnancy — at least concerning morning sickness. Among the women I know who have had children, morning sickness ranged from indigestion and food aversions, to getting sick once a day and otherwise feeling fine, to no morning sickness at all. I figured I’d fall into one of those categories and soldier on. How wrong I was.

Around week six, I was working on a presentation with my MBA team when I started to feel off. That “off” feeling was the start of 14 weeks of all day sickness. It crept up over the course of a couple of days. I did this KATU segment a few days after the start of feeling off, and during the entire segment I felt like I might be sick. Not the most ideal state when you’re talking about the virtues of meal planning while juggling a plate of chicken.

I tried all the usual morning sickness remedies: bland, easy-to-digest foods, small frequent meals, cold foods/fluids, etc. I snacked on Saltines and drank ginger tea, then ironically developed a strong aversion to both crackers and ginger which still hasn’t gone away. With the MD’s approval, I even tried the combination of vitamin B6 and Unisom that seems to help so many women.

I missed a lot of school and was generally unable to get out of bed. I also learned that severe morning sickness can last the entire pregnancy. The combination of these two facts meant that I finally accepted the MD’s suggestion of prescription medication. I wasn’t happy about it, yet I knew that if I continued the way I was, being extremely dehydrated would be the least of my worries.

Happily, the medication worked. I was still nauseated, but I was able to attend classes and work. A few other changes that helped:

Fortunately, most symptoms went away around week 20, for which I am very grateful. The lesson? Educate yourself, be flexible to deal with the unexpected, and get the help you need.

P.S. The box of mac ‘n’ cheese? Early on, I ate half a box when I couldn’t think of anything else to eat. I still can’t look at that picture without shuddering. In that case, the large food volume likely did me in. Perhaps a homemade mac ‘n’ cheese would have helped?

(2) Where exactly the weight goes – and not everyone fits into the “recommended” weight gain range.

As a dietetics student, I learned all the recommended pregnancy weight gain ranges, which for a woman starting out at a normal weight is 25 to 35 pounds. I gained nothing in the first 15 or so weeks of pregnancy, and now at 36 weeks, I’m at the upper end of the “normal” range with four weeks left to go. As with many aspects of nutrition, pregnancy weight gain is not always textbook, and the recommended ranges can be narrow when using them as a measure of a healthy pregnancy. If I end up over the recommended weight range, no biggie. I’ve been eating healthy since the morning sickness subsided, exercising regularly, and not going over the recommended additional 300 calories per day during pregnancy.

As it happens, we’re likely to have a larger baby. I was well over eight pounds at birth and Peter was nine pounds. I reckon we’re looking at a pretty chubby tot.

Something I found fascinating is this breakdown of where average pregnancy weight gain goes. It’s not all baby!

Dude. That’s like carrying around a gallon of milk in fluids.

(3) Now that we’re expecting a baby of our own, I’ve been knitting less. 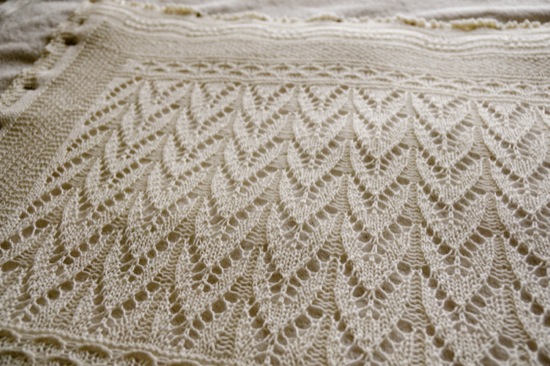 Given the number of baby things I’ve knit for friends and family over the years, you’d think I’d be churning out miniature sweaters and booties like no one’s business. Yet so far, I’ve knit our future child exactly ONE item — a baby blanket.

The desire to knit is still there; in fact, I’d say it’s as strong as ever. Sadly, from a combination of the aforementioned morning sickness and a busier-than-ever schedule, knitting has fallen by the wayside. I suppose I should clarify the title of #3 in an attempt to establish causality: Expecting a baby means I’ve been knitting less when taking into account morning sickness but not when considering being busy (tenuous connection there).

A few more blanket pictures to feast on for the 0.01% of you interested:

(4) The exhaustion hits you like a truck and doesn’t let up.

Last week, one of my professors expressed concern that I looked worn out. I feel it. A typical walk up stairs is like lugging a 30-pound box while someone is squeezing on your lungs (which, in fact, someone is). Also, you can’t put the box down. I keep looking for excuses to lie down for a few minutes (“Oh, the bed needs to be made? I’ll just lie here and tuck in the blanke–ZZZZZZZ.”)

I don’t mind a jot because the exhaustion means a little human is growing (and getting plump, apparently).

Exercise is still important, however. I do yoga, bike (stationary), and walk nearly every day, which has helped tremendously with aches and stiffness.

(5) That the physical and emotional changes wouldn’t be overwhelming despite the major changes actually going on.

One reason why pregnancy lasts nine months? My guess is to get your body and mind used to the idea of growing and taking care of a little human, whether your first or your fifth and beyond. Sure, there’s been the morning sickness and the rib kicks and the one time I got all teary-eyed at the end of Blended (seriously, Adam Sandler movies are usually not my thing). Still, the whole experience is almost not real. We go on with daily life, put together the crib like any regular piece of furniture, and laugh when I can’t slide between two closely-parked cars any more.

Yet in the space of nine months, women’s bodies transform a single cell into a huggable, kissable miniature human. If that’s not a miracle, nothing is. At some point, the full impact of this fact will hit me. It just hasn’t yet.

Q: For those of you who have had children (or know someone who has), what was the most surprising thing about pregnancy?