Well, not so lonely – Utah has a lot of mountains! 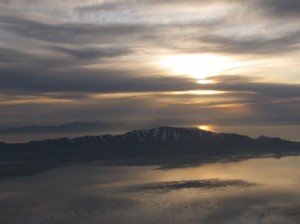 But, let’s back up a little. Saturday morning began with a hearty bowl of oatmeal with a little of my favorite topping: 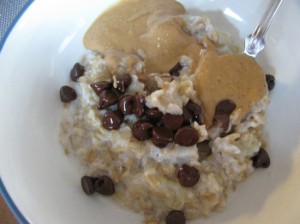 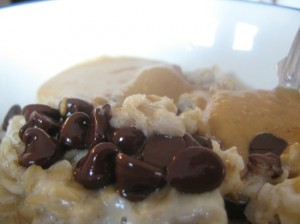 After some last-minute packing and dropping off the dogs (tear … 🙁 ), we headed to the airport.

Peter catching up on some schoolwork: 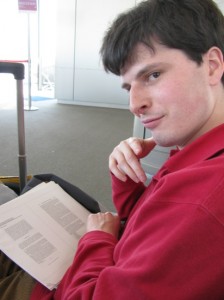 Check out the plane we took for the first half of our flight: 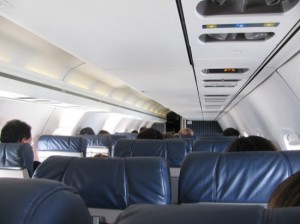 The plane had a row of one seats along one side of the plane and a row of two seats on the other side. This plane was tiny! Peter is tall, but he’s never rubbed the top of his head against the ceiling of an airplane – until now.

I guess the static electricity of friction between hair and ceiling caused a build up of same sign charge in his hair strands so that they repelled each other: 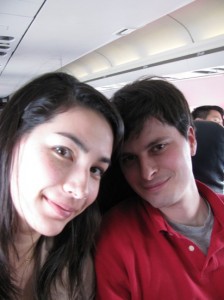 I was dozing off during the flight until all of sudden I heard a flight attendant say “cookie”? I pulled myself out of my fog and saw that they were handing out Biscoff. Of course, I thought of Kath as I was chowing down. 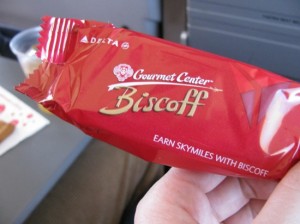 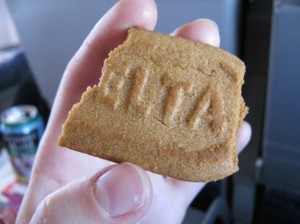 These things are addicting. Good thing I was sharing with Peter (a technique for making sure I don’t overindulge!).

A few views from the plane: 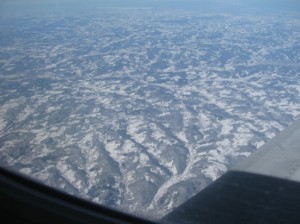 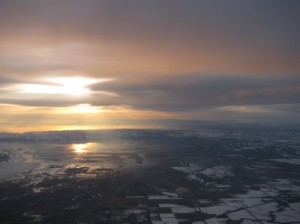 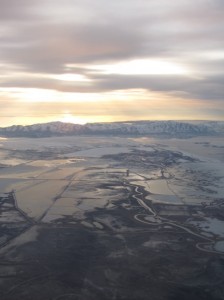 Does this next picture make anyone else think of the Dead Marshes? 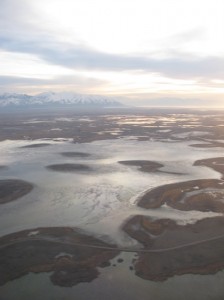 We did go skiing today, but no pictures because the snow was a flyin’. I hope tomorrow will be clearer for pictures. Until then …

Have a wonderful Sunday, everyone! See you tomorrow!

Q: Do you like to travel by plane? What do you do to pass the time? I always bring work, but end up reading instead. 🙂