That’s right: we enjoyed not one, but TWO delicious meals at Forbidden City, an Asian fusion restaurant in Middletown, CT. I may be giving away the ending by saying how delicious these meals were, but those of you who are long-time readers know how much I love this restaurant. 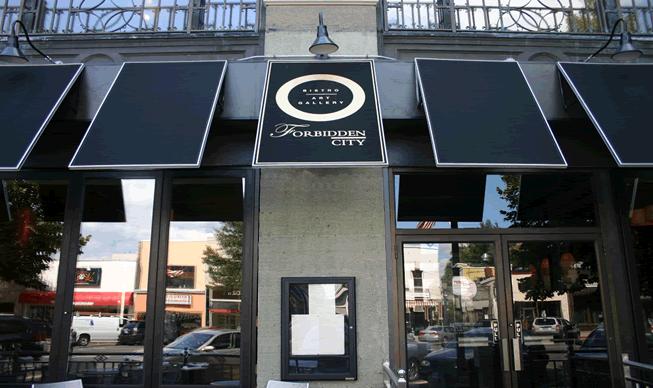 Forbidden City‘s owner, Eric Leong, and wine director, Brian Khoo, have been our friends for years. A few weeks ago, they created a special five-course meal with tea to celebrate Peter’s and my third wedding anniversary and Peter’s graduation from his Master’s program. They promised us a varied and delicious tasting dinner with a few special ingredients – and boy, were they right. See for yourself, my dear reader: 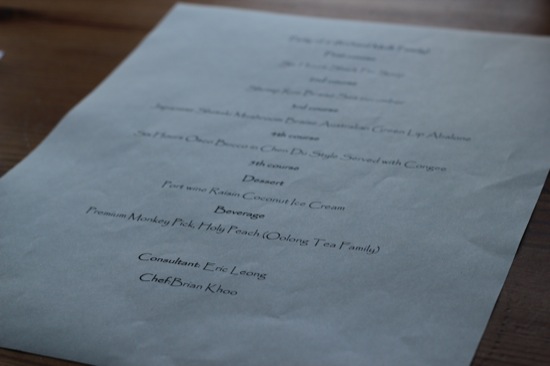 To begin: Brian’s tea jar – this jar helps the tea (an oolong) to mature: 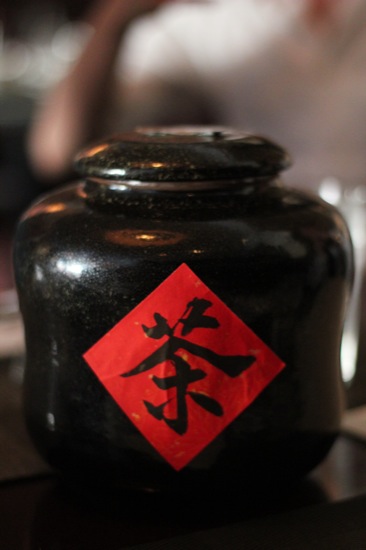 The first course was a deliciously creamy soup (artfully blurred on purpose, I swear): 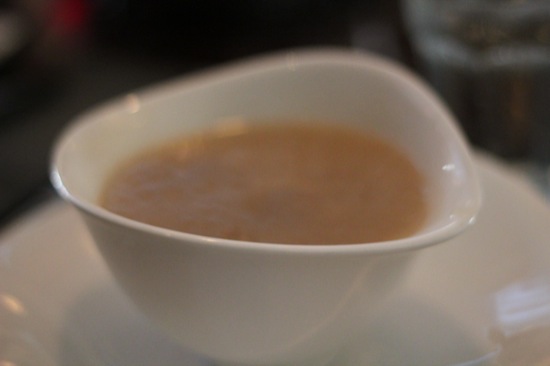 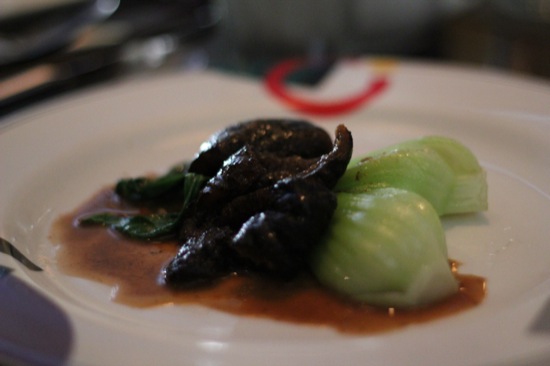 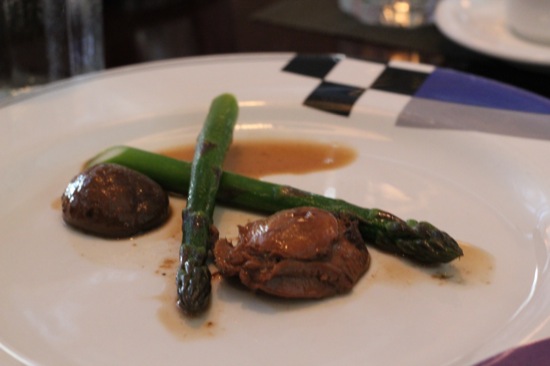 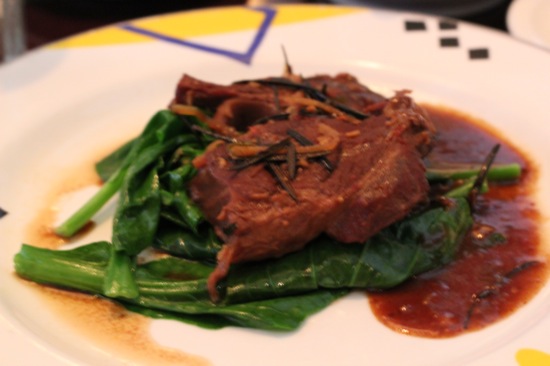 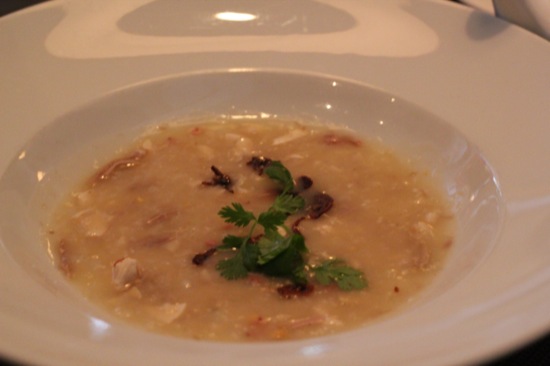 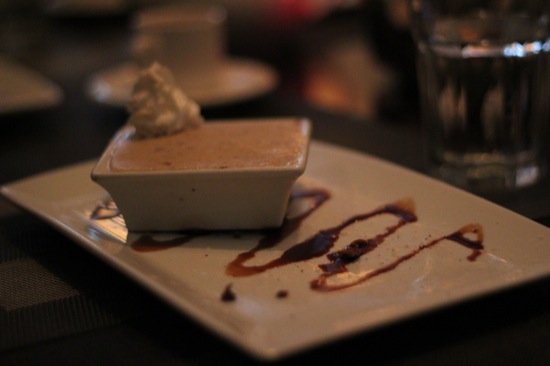 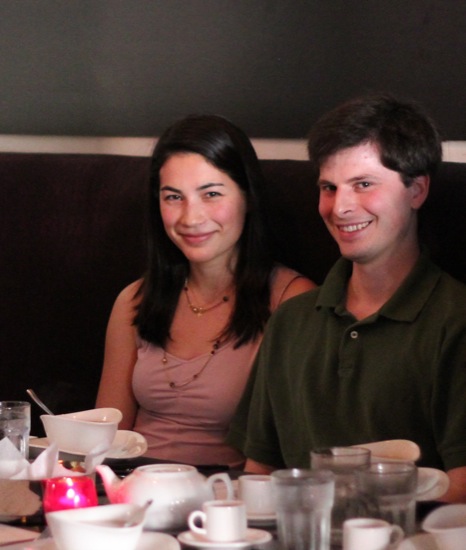 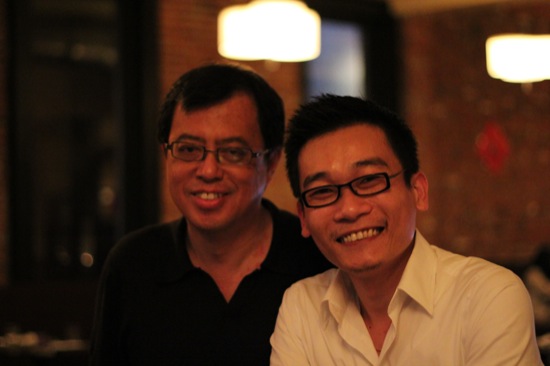 What a wonderful celebration! Eric and Brian, do you want to cook our fourth wedding anniversary dinner, too? 😉

Just a week after this special dinner, Peter and I had the privilege of attending a Forbidden City wine dinner co-hosted by B.R. Cohn Winery and Olive Oil Company from California. Each dish was paired with B.R. Cohn wine and most featured a B.R. Cohn olive oil or vinegar. As usual, I will let my artistically dark pictures do the talking: 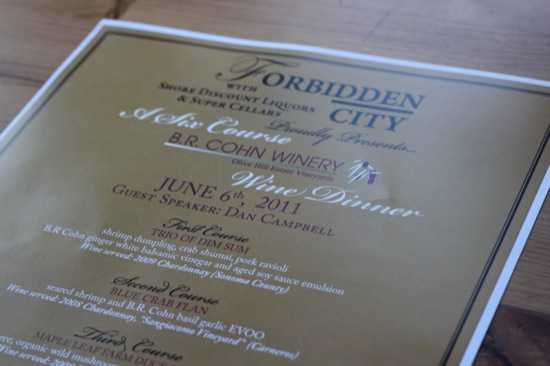 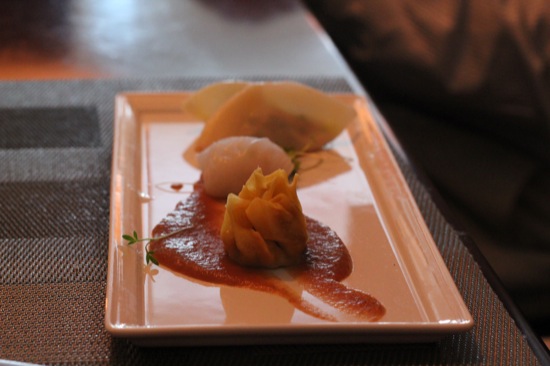 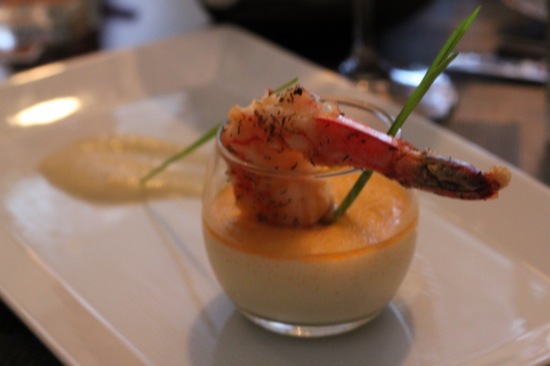 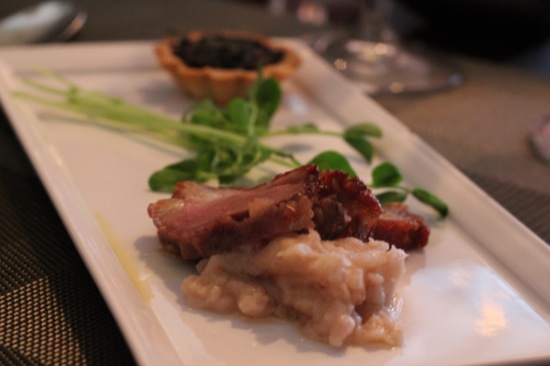 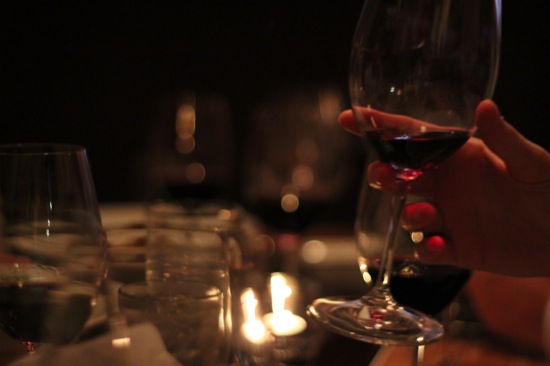 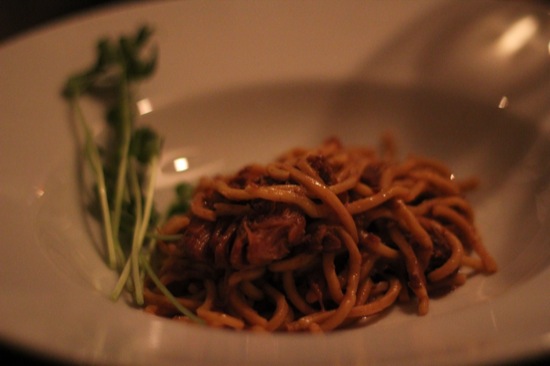 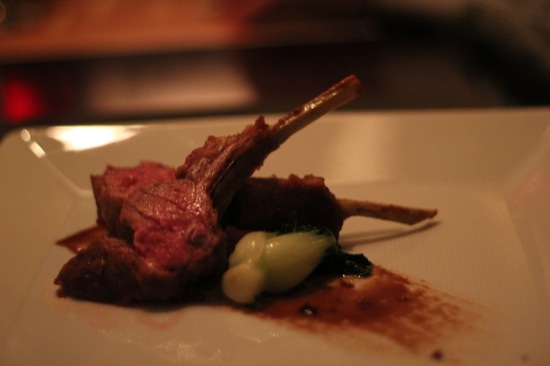 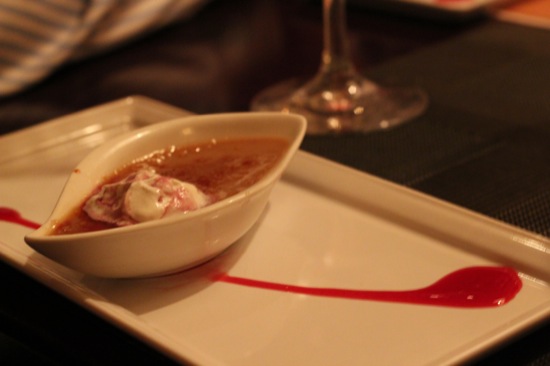 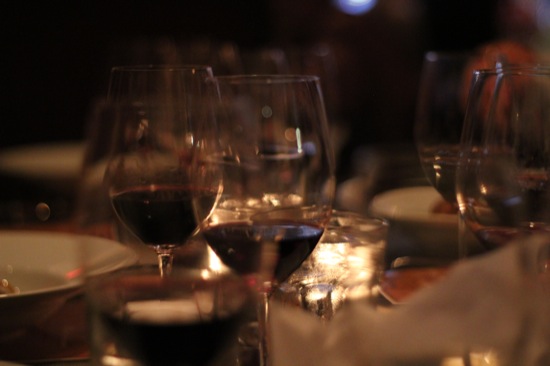 Peter isn’t a big fan of wine – a fact of which Eric is well aware. So, about halfway through the meal, Eric brought Peter a glass of his favorite drink: 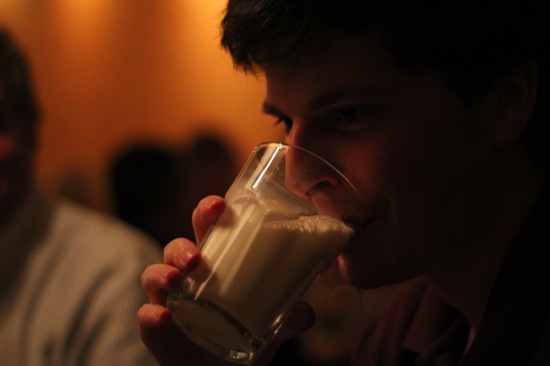 Yep, that would be a glass of milk! Goes well with high class Asian fusion cuisine, don’t you think? 🙂

The following picture was immediately preceded by “Wow, Jessie, your head is so big, it fills up the entire frame!” 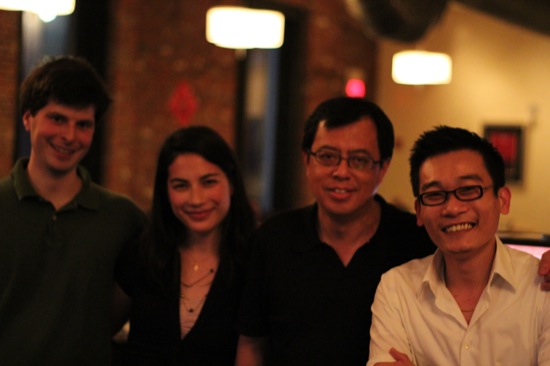 Thank you, Eric and Brian!

Q: What is your favorite restaurant? What do you like to order when you go out?

P.S. As I wrote in my last post, I’m currently interning with Subway‘s corporate dietitian. I’ve been at Subway for a week and I’ve been having a blast! I can’t wait to tell you all about my experiences next week – they’ve been completely different from any internship experience thus far! Talk with you all later 🙂