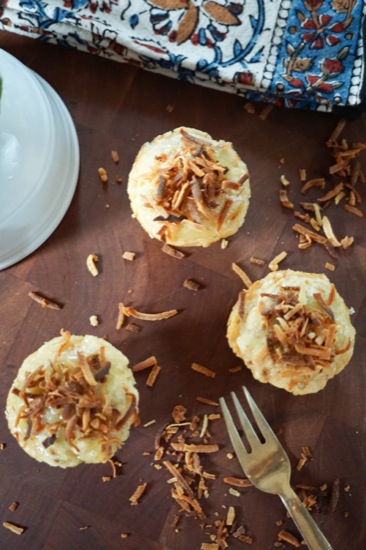 You all know how much I love my mini muffin pan. Decadent bite-sized desserts with built-in portion control? Yes, please! This pan has made all of the following:

(I’m not sure why so many of the mini muffin pan recipes are vegan. Coincidence or subliminal messaging from my sentient pan?) 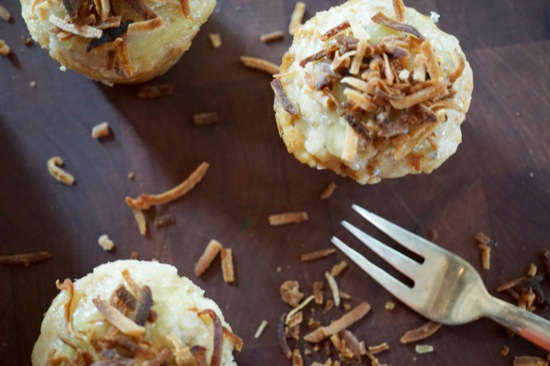 Between MBA and baby, it’s been a while since I busted out the mini muffin pan. This busting involved digging through a stack of baking pans that included one shaped like a castle and another shaped like Scooby Doo, because of course. Why go through all this effort? This month’s Recipe Redux, of course!

The holiday baking season is upon us. And this month we’re going way beyond grandma’s banana bread. From sweet to savory and whole-grain to gluten-free, show us your new quick bread creation fresh from the oven. And if you have a tip for wrapping and giving your lovely loaf, please share that too!

It occurs to me upon re-reading this Redux that I did not do any sort of pretty wrapping of these muffins nor did I gift them because they’re MINE. (Did I write that out loud?) On the plus side, here’s a picture of a lime. 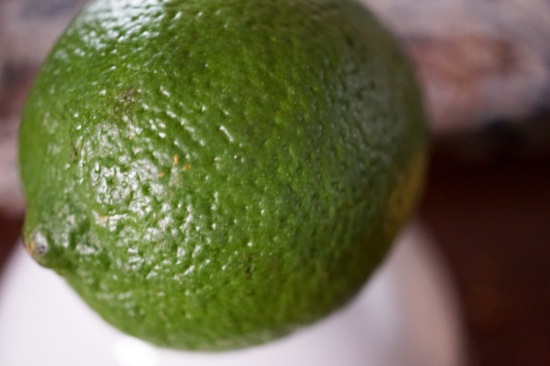 While brainstorming this month’s Redux, I recalled a recipe I had torn out of Better Homes and Gardens almost three years ago: Coconut-Lime Bread. I’ve been slowly working through the recipes I’ve collected over the years (otherwise there’s no use for my fifth most influential cookbook, i.e. the recipe binder). This recipe has been sitting on top of the pile for months, waiting to be made. 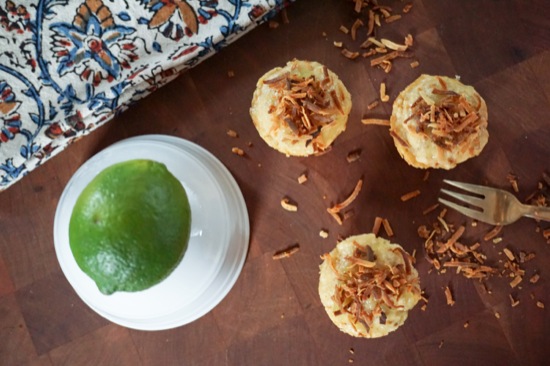 This recipe lends itself well to health-ifying by cutting down on sugar and substituting in whole wheat flour. Vegan-izing is also easy through use of coconut milk and a flax egg. Check out the recipe below for more details. 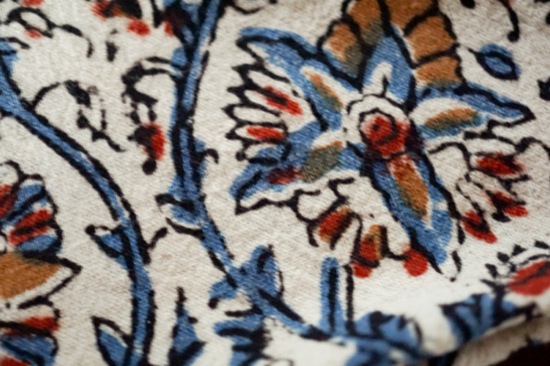 The best part of this recipe? The toasted coconut. Lightly toasting the coconut in the oven adds a wonderful taste and aroma to these mini muffins that doesn’t overwhelm the lime. The trick is to avoid over-toasting the coconut or you might end up with blackened coconut shreds (not that I would know. Ahem.)

Preheat oven to 350 degrees F. Coat mini muffin pan with cooking spray. In a medium bowl, combine flaxseed with water and set aside for five minutes.

Sift flours, sugar, and baking powder into a large bowl. In flaxseed bowl, combine flaxseed “egg” with coconut milk and coconut oil. Add all at once to flour mixture and stir until just combined (batter will be lumpy). Fold in 3/4 cup toasted coconut.

Spoon 1 tablespoon of batter into each prepared mini muffin cup. Drop 1/2 teaspoon of lime marmalade into each cup and top with another 1 tablespoon of batter. (Alternatively, mix marmalade into batter.) Bake muffins for 15 to 18 minutes or until a toothpick inserted into the center of a muffin comes out clean (minus the marmalade). Cool on wire rack 10 minutes, then remove muffins from pan and cool completely. 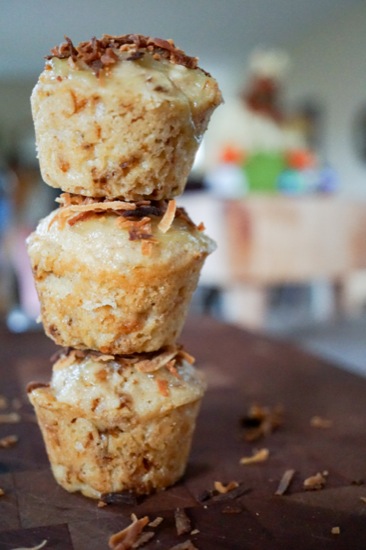 P.P.P.S. Check out other awesome Recipe Redux quick breads below!