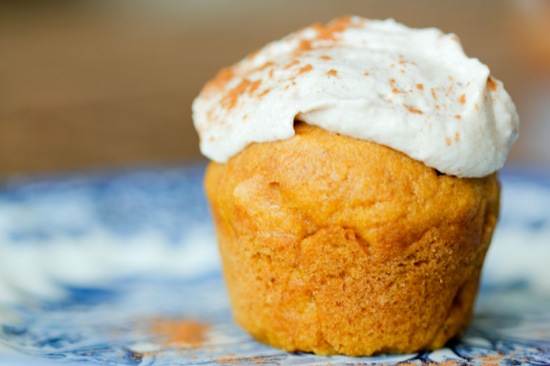 I’ve been loving vegan recipes lately. I suppose it’s due to the revelation that there’s no one right way to make many wonderful things, including cake. Just as we can be flexible in our approaches to healthy living and/or weight loss, we can also be flexible in the kitchen. That means diets promising instant weight loss by following a rigid eating style or recipes claiming such-and-such is essential to cooking success are limiting creativity (and are nonsense, anyway).

That’s why I’ll happily experiment with dairy alternatives or switch between regular eggs and chia “eggs” in baked recipes. The final products are both delicious, with their own signature tastes. 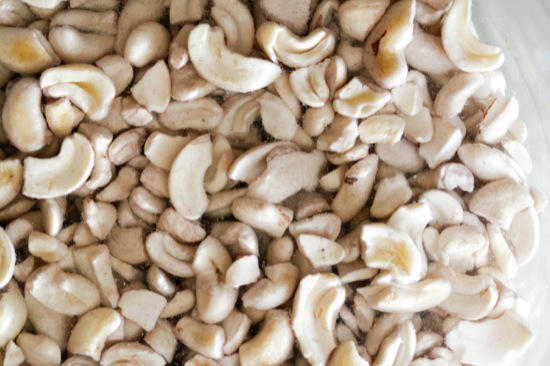 I previously made cashew cream (a vegan alternative to whipped cream, among other foods) once and posted it somewhere on this website, but for the life of me I can’t figure out where. No matter. This cinnamon version of cashew cream has protein and some healthy fats, and makes a hearty topping to these mini vegan pumpkin muffins (told you the mini-muffin pan would make another appearance – never doubt a hungry dietitian). 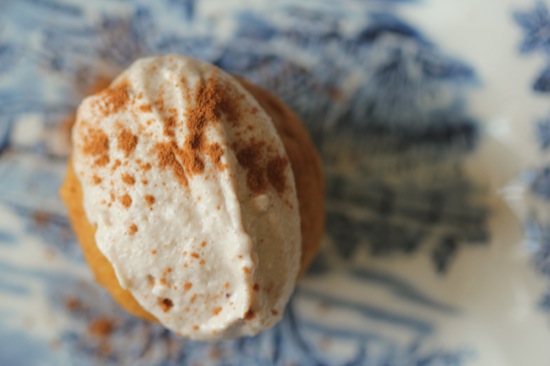 The pumpkin loaf recipe is adapted from this one and bakes up quickly. I made both mini-muffins and a whole loaf. Both are nearly gone.

Time to open another giant can of pumpkin! 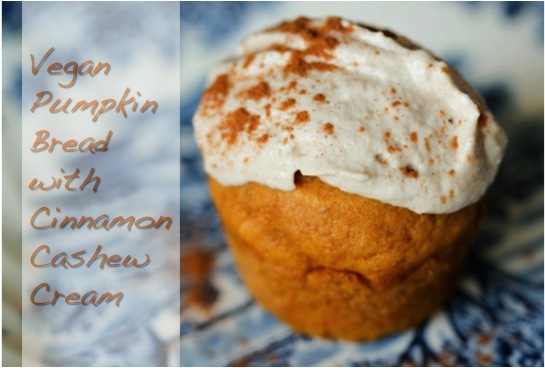 Place cashew in a medium bowl and fill with water. Cover and refrigerate overnight. Next day, drain and set aside.

Prepare mini muffin pan or loaf pan with cooking spray. Spoon mixture into pan and bake for 10-12 minutes (mini muffins) or 60-75 minutes (loaf). Bread is done when toothpick inserted in center comes out clean. Remove from oven and set on wire rack to cool.

While bread bakes, combine cashews, 1 cup water (should only cover cashews halfway), cinnamon, sugar, and vanilla in blender. Blend. Top pumpkin bread with cashew cream and a sprinkle of cinnamon and serve immediately. 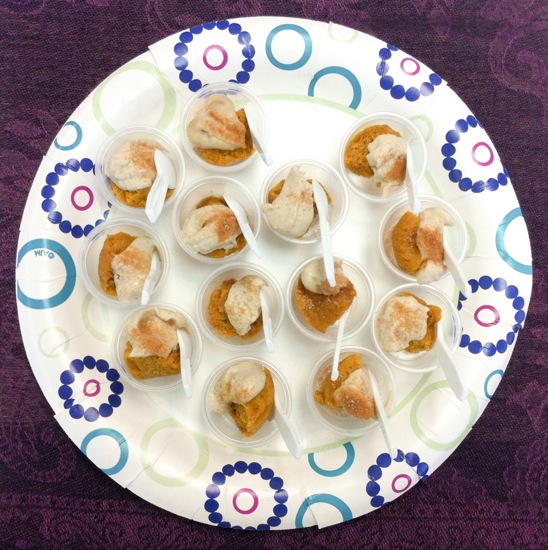 The cashew cream was popular. I’d like to try a savory version in a pasta Alfredo.

P.P.S. I’m traveling this weekend, so no post this Friday. See you next week!